Lana Winders.
Privately the Steel might be annoyed about having to play its remaining games away from home.

But publicly the franchise is embracing the opportunity to resume the ANZ Premiership, even if that means the team will become awfully familiar with the inside of a plane.

The tournament was suspended after just one round because of the Covid-19 pandemic but, with New Zealand emerging from lockdown tomorrow, the competition is able to resume.

Netball New Zealand earlier this week confirmed the tournament would restart on June 19. A rejigged schedule is yet to be released but all the games will be played in Auckland.

‘‘We’ve had lot of consultation ... as Netball New Zealand have worked through lots of options available to them,’’ Winders said.

While there was a cost-saving element to the decision to hold the games in one location, Winders said it was also about providing a venue which would be safe.

‘‘The health and safety and the wellbeing of all the people involved in the tournament will be stronger if they are working in an environment where the bubble can be well controlled.’’

Winders said Netball New Zealand ‘‘typically’’ covered the travel costs of the tournament, so the Steel will not be disadvantaged economically.

But it has lost its home-court advantage and will have to travel further than the other teams.

‘‘Absolutely it is a challenge for the team. If this was a normal non-Covid-19 environment we’d be expecting something different to be happening for sure.

‘‘But just having the competition back is fantastic and that plane is going to be our best friend because we will be on it every week so we can get amongst it.’’

All tickets and season membership sold for the Steel will be refunded. 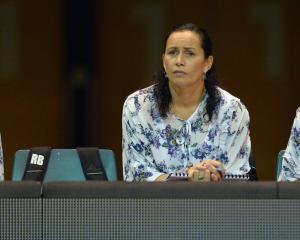