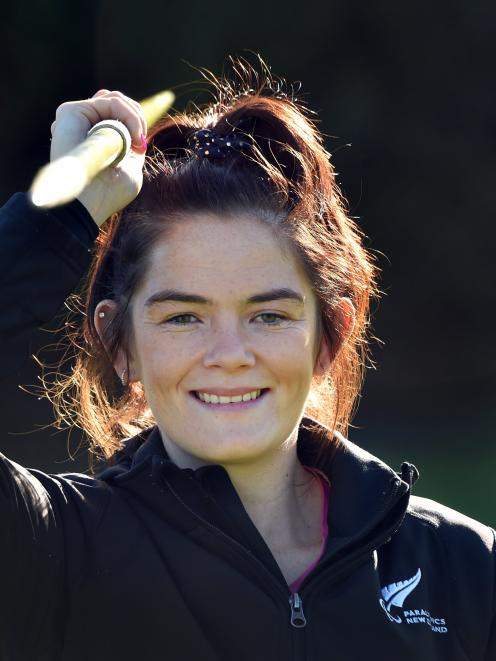 Holly Robinson. PHOTO: PETER MCINTOSH
Gold at last. And in the most dramatic way possible.

The 26-year-old claimed gold in the F46 javelin, her first win at a major world meeting after a long streak of silver medals.

For most of the competition it looked as though that streak, which included a silver in Rio five years ago, may continue.

Robinson found herself in third most of the way, a throw of 38.75m the best she managed in the first five rounds.

Her British rival Hollie Arnold, who was the defending Paralympic and world champion, led with a throw of 39.73m.

But this time it was Robinson who delivered.

Having just been guaranteed a medal, she pulled out a throw of 40.99m to elevate herself from third to first.

Dutch competitor Noelle Roorda followed with a throw of 40.06m, also leap-frogging Arnold, who was left to settle for bronze.