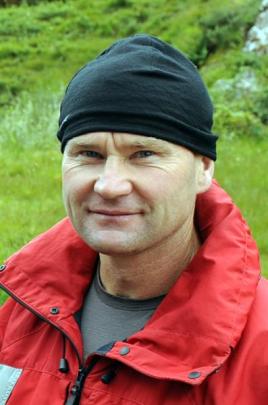 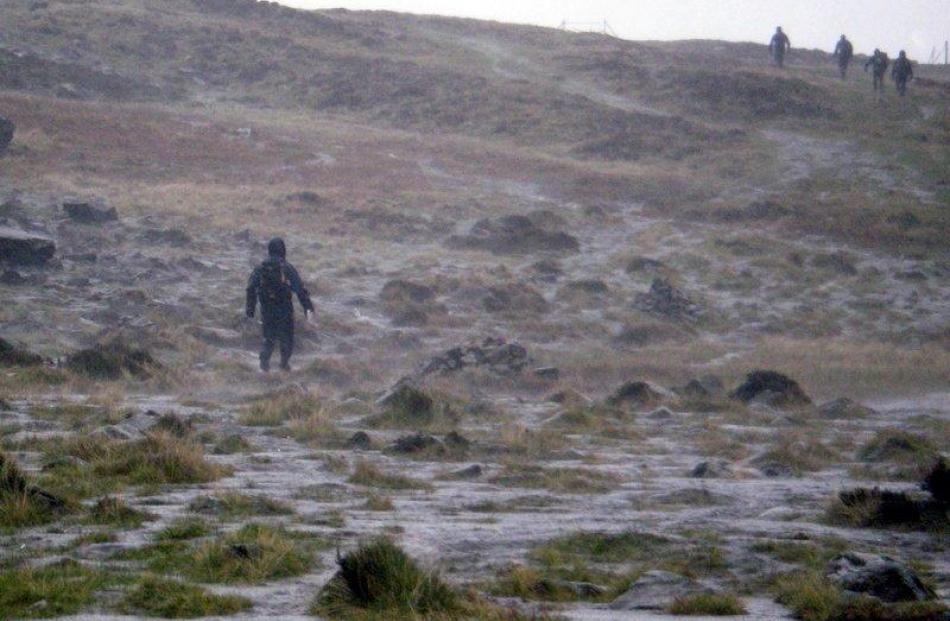 Battling the weather . . . A competitor crosses the Liza River, which became a challenge during a two-day mountain race in the Lake District near Keswick on Sunday. 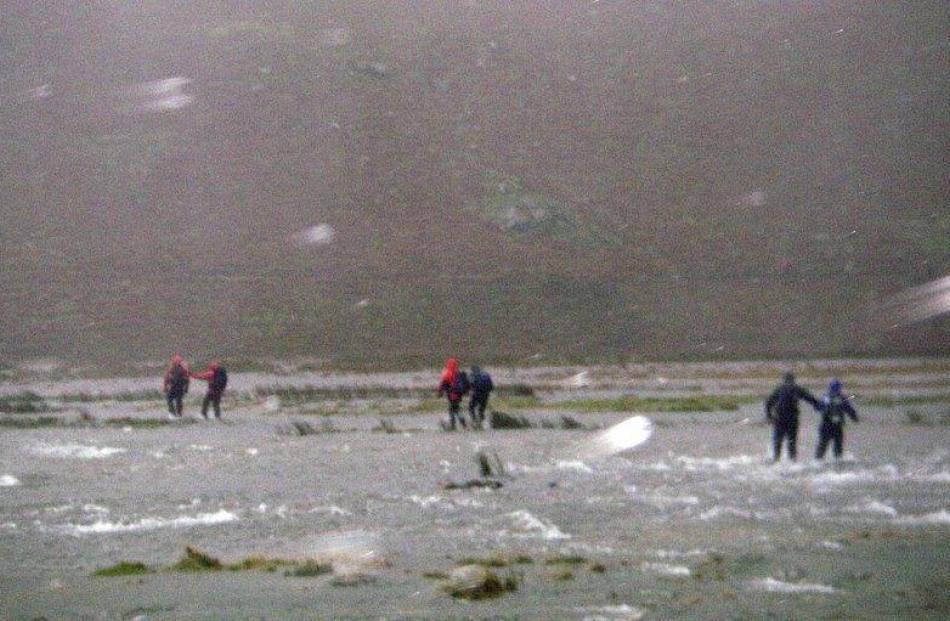 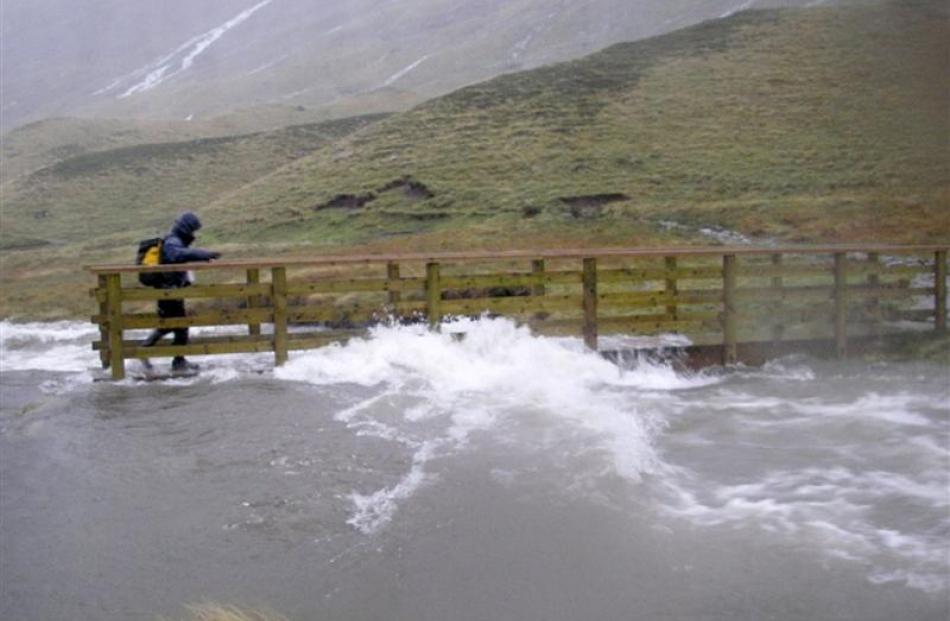 Where else can you be on top of a mountain in a life-threatening situation and an hour later be having a beer in a pub?

About 2500 athletes were competing in the Original Mountain Marathon when high winds, heavy rain and flooding caused organisers to call off the two-day race during the weekend.

Media reports suggested more than 1700 competitors were unaccounted for at that stage of the race but organisers said only 44 were missing and, given the nature of the race, it was normal for competitors to camp out or take shelter where they could.

"It's fantastic to be somewhere like that on top of a mountain in an absolute gale, in a life-threatening situation, and an hour later be sitting in a pub having a beer," Mr Jaquiery, younger brother of Otago Daily Times illustrations editor Stephen, said.

Mr Jaquiery (45), who lives in Ilkley near Leeds, described conditions as "quite hazardous" but despite that said the experience was a "good day out".

"Every competitor was gutted it was called off."

About 80cm of rain had fallen in the area in the past week and rain was predicted for Sunday, so the forecast was accurate, he said.

Organisers shortened the course as a result, but winds rose to about 111kmh, with gusts of 166kmh on the top of the hills.

One person described the rain as being like "needles being thrown at you", he said.

"A good part of the time, I was holding my visor in front of my face so I could see at least 2 feet in front of me to take my next step.

You couldn't look further forward than that."

While conditions were severe, each participant was fully equipped with safety gear and provisions for 36 hours, and they were experienced fell [large hill] racers, Mr Jaquiery said.

"The whole idea behind these races is to pit your skills against the elements, to get out there in adverse weather conditions."

Back at base, rumour had it, the organisers knew things were getting bad when the portable toilets they had delivered started to float down the paddock, he said.

His team had decided to camp after finishing its six-hour course, when it found out the event had been cancelled and chose to head back over a mountain pass road to the start.

"There was an inch of water flowing down over the road, plus the wind was strong enough that you couldn't walk against it. You had to stand and lean into it."

When the team reached the starting camp, it had been closed because of flooding, but a nearby lodge offered them a place to stay.

"We were really happy considering the conditions. Our strategy and planning worked really well. Every competitor I saw at the end of the race had a smile on their face."

One woman was seriously injured when she was washed down a stream and a few experienced hypothermia.