Halfpipe gold this time for Porteous

It is gold this time around for Wanaka freeskier Nico Porteous.

Just over six months since claiming an Olympic bronze medal in halfpipe, the teenager waited patiently yesterday to stamp his mark on the junior world championship halfpipe competition held on his home mountain of Cardrona. 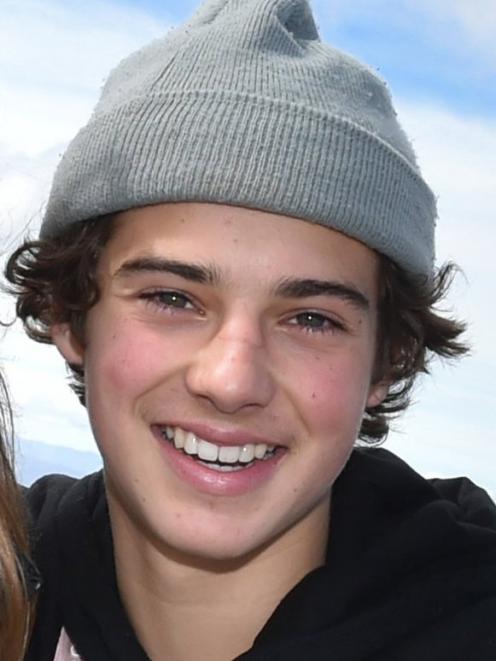 Nico Porteous
But when he had his chance, he made the most of it.

Porteous entered the final as the top qualifier and heavy favourite, although it was not all plain sailing for the 16-year-old.

At the end of the first run of three, it was Norway's Birk Ruud in the top spot, and Porteous admitted feeling the pressure before his second run.

''I was a little bit stressed; I just had to play those mind games and make sure that I was feeling good myself.''

But he won the mental battle, throwing down a stylish, clean run to earn a score of 93.80, putting him into a lead he would not relinquish.

''It's a really cool feeling [to win], especially being able to do it at home, it's really cool.''

Dylan Ladd, of the United States, gave Porteous a scare on his third run, but fell just short of the young Kiwi, earning silver with a score of 92.80.

Ruud finished third, while another Wanaka skier, Ben Harrington, was knocked off the podium into fourth.

In the women's freeski, Estonia's Kelly Sildaru claimed her second junior world title this week, proving her class with amplitude, grabs and trick execution that was unmatched by the rest of the field.

''I'm really happy. Today I did my first 900s after my ACL injury so I'm pretty stoked about that,'' she said.

Like a true professional, she headed straight back up the mountain minutes later to begin training for the big air world cup that starts today.

The men's snowboard competition was a historic battle between American snowboarder Shaun White and Japanese rival Ayumu Hirano, except thrown into a time machine.

American Toby Miller, who has been dubbed the next Shaun White, locked horns with Hirano's two younger brothers, Ruka and Kaishu in what proved to be a close contest.

Despite struggling in practice, Miller laid down a huge first run score of 93.20.

The Hirano brothers took turns trying to match him, but neither could quite make it, Ruka taking silver and Kaishu bronze.

''The pipe was running phenomenally through practice and through the event, I just for some reason didn't have the best practice.

''I kept falling on tricks that normally come to me somewhat easily. I just wasn't in the groove but luckily run one came around and it came together and the contest ended up going great,'' Miller said.

Competing in his fourth junior world championships, Miller said the riding had progressed to a level that was ''absolutely insane'' for a junior event.

Japan took the honours in the women's snowboard, Mitsuki Ono claiming the title.

Tessa Maud, of the US, finished second and Elizabeth Hosking, of Canada, third.