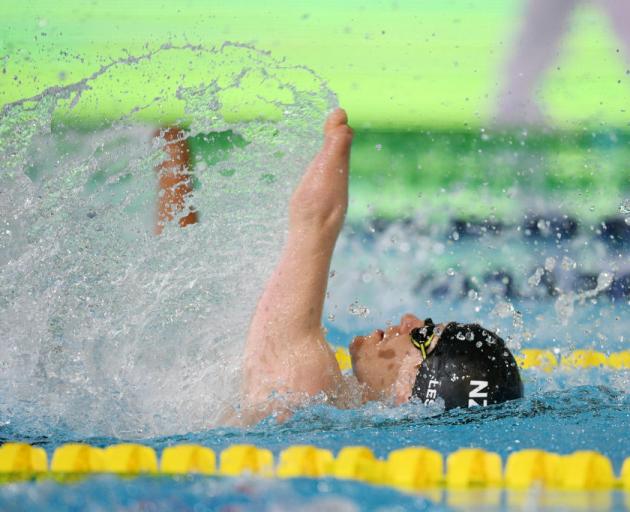 The Dunedin swimmer will race in the first event, her favoured 400m freestyle, at the world championships in Budapest.

The heats are scheduled for 7pm tomorrow (New Zealand time).

If she advances to the final, she will swim for a medal in the second session of the day, which begins at 4am.

It is the same race the 18-year-old made the Olympic final in a year ago, qualifying fourth after a stunning swim in her heat.

While she may have gone into that race as something of an unknown on the world stage, this time she will be among those expected to contend for medals.

She faces a similar schedule for the 200m freestyle on Monday, having her heat at 7pm and a semifinal in the 4am session.

If she advances through both of those, her final is in the 4am session the next day.

She will also swim in the women’s 4×200m freestyle relay on Wednesday night, with a final on Thursday morning, as well as the mixed 4×100m freestyle overnight on Friday.

If she makes the final, she will swim again early on Tuesday morning.

She will also swim in the women’s 4×200m freestyle relay, alongside Fairweather.

Open water specialist Ruby Heath will have to wait until next week for her opportunity.

She will race in the women’s 5km open water race at 10pm on Monday night, backing up with the 10km race at 6pm on Wednesday.

The gruelling mixed 25km race at 7pm on Thursday will conclude the programme.