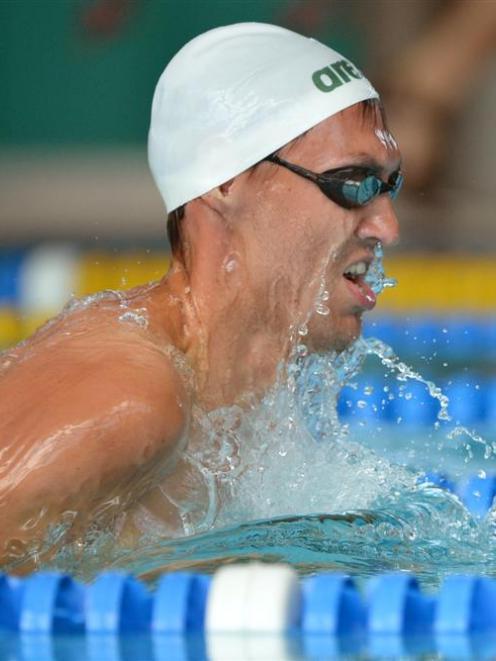 Matthew Glassford competes in the men's 17 and over 100m breaststroke at Moana Pool yesterday. Photo by Stephen Jaquiery.
Kou Kitahara (13) and Tame Govaerts (15) dominated their age-groups through the first three days of the Otago championships at Moana Pool.

The 15-year-old had to share the spoils in the 50m freestyle with Noel Bisson (16) of Wanaka, as the pair touched the wall at the same time in 26.38sec in a thrilling finish.

Matthew Glassford (24), of Neptune, also had plenty of success through the first three days, winning the men's 17 years and over 50m backstroke, 400m freestyle, and the 100m and 200m breaststroke. 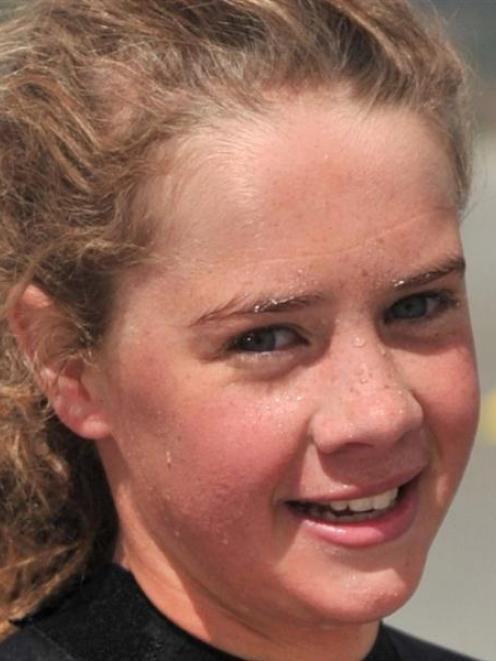 Devon Familton.
He is one of about 200 Otago, Canterbury and Southland swimmers competing in the Otago and Canterbury championships, which are being run at the same time at Moana Pool.

The two provinces are holding their championships together for the fourth straight year since the February 22, 2011 Christchurch earthquake destroyed the QEII pool, leaving the city without a 50m long-course pool.

In each of the five morning sessions, swimmers from all three provinces compete in timed finals together, but their results are segregated.

Later, Fairbairn got the better of Familton and Gold in the 50m breaststroke, winning in 36sec.

Despite missing out in the 50m freestyle and 50 breaststroke, Familton has won an impressive five races in the women's 15-16 years category. She won the 200m individual medley, 50m and 100m backstroke, 200m breaststroke and the 100m butterfly.

Isobel Ryan (18) of Oamaru, and Kate Godfrey (21) of Neptune, have had some good battles in the women's 17 and over age-group.

Ryan got the better of the Neptune swimmer in the 50m freestyle and 50m backstroke, before Godfrey turned the table in the 100m backstroke and 200m freestyle.