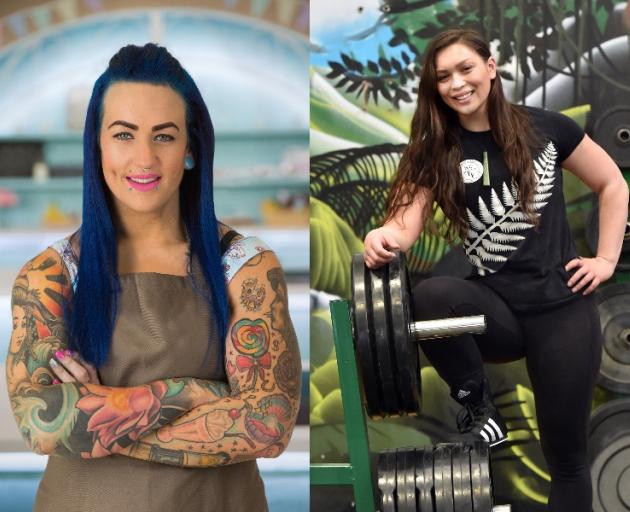 Stacey Johnsen (left) and Amber Russell are competing against Katherine Lyon (not pictured) in the women's 84kg open class. Photo: Supplied/ Peter McIntosh
Three of the region's best powerlifters will be battling each other for the honours at the New Zealand Powerlifting Championships which get under way in Auckland today.

Southern Powerlifting has 14 members competing at the championships, including the trio of Stacey Johnsen, Amber Russell and Katherine Lyon who will go head to head to head in the women's 84kg open class.

Invercargill's Johnsen is arguably the favourite. She lifted a total of 400kg in qualifying.

She is a former contestant on TVNZ's The Great Kiwi Bake Off.

But Russell, who overcame rheumatic fever as a child and has heart issues, lifted 390kg and is a strong contender as well.

Lyon lifted a total of 360kg in qualifying and looks to have the third step on the podium secured at the very least. She will need a big improvement to threaten the top-two-ranked lifters.

Invercargill's Angus McKay has a good chance at gold in the men's 105kg open class.

He is neck and neck with two other lifters. It is his first year in the open division and there is only 1kg separating the top-three-ranked competitors.

Dunedin's Jonathan Christie is a good chance of nabbing a bronze medal in the men's 83kg open class.

The No1 and No2-ranked lifters are well ahead with their qualifying lifts. But Christie's qualifying total of 655kg is promising.

Dunedin's Haoran Sun is expected to run away with victory in the junior 83kg division. His qualifying total is 60kg ahead of the next-best competitor. Ink him in for gold.