Trimmed-down Belk too slick for others 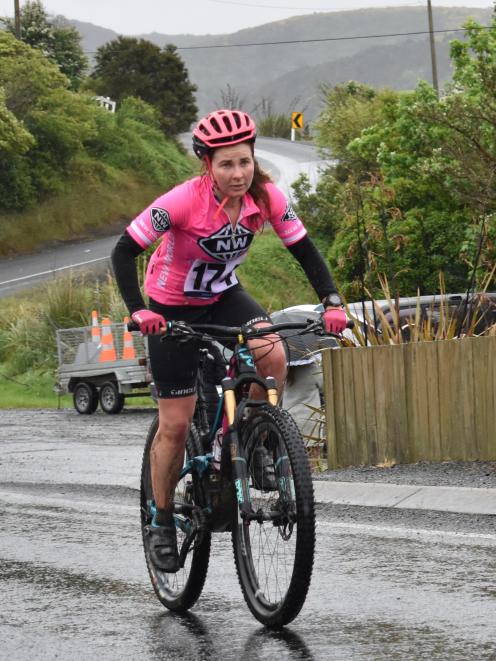 Belk (27), a second year Masters student in neuroscience, was full or praise for James Munro (his "new hair stylist") for the short-back-and-sides haircut the night before.

"We did it last night, for a little bit of speed and aerodynamics. It certainly worked. I was shaving minutes off out there today," he said.

Belk competed in the 7km kayak, 10.5km run, 26km bike multisport race yesterday as part of his preparation for next year's Coast to Coast, which will be a race of redemption, as when he last competed two years ago he went in as a favourite to podium in the Longest Day. But not getting the result he wanted, he plans to make his return to the Longest Day course in February and tuck away a few skeletons from his 2018 race.

"I forgot how hard training is," he said of making a return after university study kept him out of Longest Day contention earlier this year.

But despite Belk's absence from the sport, his victory yesterday was enough to serve notice that he still has plenty in the tank.

"It was a fun day out there," he said at the finish.

"It started out pretty hot, with James getting away to a flying start and giving me something to chase."

Choosing a right-hand line, Munro put his K1 craft into turbo drive as he opened up a substantial lead on the 7km kayak to Henley Bridge. But as Munro was competing as a member of a team, it was Belk, taking a left-hand line, who beached his craft at Henley Bridge holding a slight lead for individual honours over Paul Gow and James Faulkner.

Towards the end of the 10.5km run down the Millennium Track to Knarston Park, Belk had maintained a slight advantage over Gow, despite the slippery surface keeping him in a low gear. The slippery nature of the course, although slowing Faulkner, gave him a 1min buffer back to fourth, as he looked to lock in a podium finish.

"I made it through in one piece," Belk said of his run down the Millennium Track.

"Then it was a beautiful bike ride. A little wind. A little rain. It was a little soggy, but I'm here to tell the tale."

Earlier this year Bell was holding down third place in the open women's section of the Longest Day at the Coast to Coast and looking to threaten eventual champion Simone Maier and runner-up Elina Ussher, only for her rudder to snap on the kayak stage which eventually forced her withdrawal.

An injury followed, which has only just healed allowing her to return to competition.

"The run was way harder than I expected. It was pretty slippery," she said.

"The bike I really enjoyed. It was a good finish to the race."