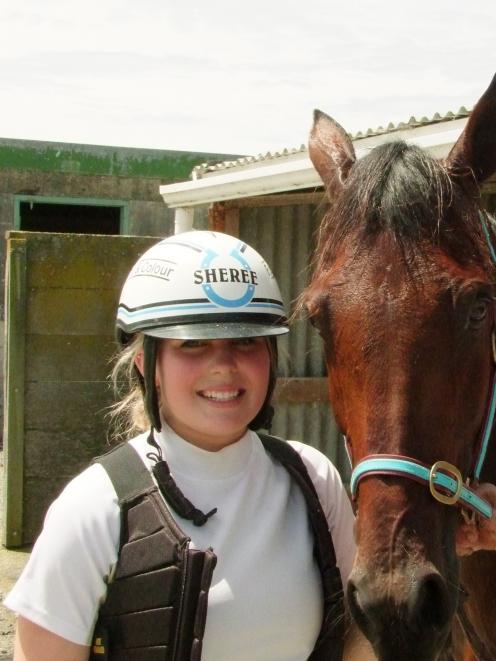 Sheree Tomlinson
A team filled with quality, rather than quantity, has trainer Brett Gray in line for a good day at Ascot Park today.

Despite running one of the biggest stables in Southland, the Ryal Bush horseman has just three horses entered and they all look strong chances.

American Eyretime looks to be dropping back in company after running a strong second behind the classy Yankee Party in her last start. The runner-up effort continued an excellent run of form consisting of consecutive top-three placings.

"She would be my best chance on Thursday,” Gray said.

"She has been very consistent – she has turned into quite a nice mare. When I first got her I thought she was just OK, but she has kept improving.”

The 4yr-old’s blazing gate speed and having a noted front-running driver behind her in Sheree Tomlinson means tactics looks straightforward from barrier 7.

"I probably won’t have to tell Sheree what to do,’’ Gray said..

"But, in saying that, she has got a wicked sprint if she is saved up.

"The last time she won she really had no right to win it, but she smoked home along the inside.”

Jannah Jaccka looks another strong chance for Gray in race 2.

The 4yr-old produced a strong second behind Funky Monkey in her most recent start at Ascot Park.

"It was a good run last time and I have been happy with her since then,” Gray said.

"With every start she has learned a bit more and she should be a good chance.”

Major Meister has the toughest task ahead of him of Gray’s trio.

The 4yr-old takes on the most even of fields in race 9.

Major Meister bounced back to his best form when sprinting best from midfield to win at Ascot Park last week.

Gray rates the Major Meister a decent chance to do it again if he gets a tempo to suit.

"He just needs the pace on and if he gets it he can finish over the top of him.”

"He came to me for a bit of a change of scenery and he can be a funny horse, but he is not the worst.”

While Major Meister steps up in company following his last-start win, several of his main rivals are going in the opposite direction.

Tom Martin fought hard for fourth behind Koenigsegg in a stronger race at Addington in his last start. Rocknroll King beat home some very smart types when running second behind See Ya Write at Ascot Park last week.

The All Stars stable’s assault on today’s meeting adds much interest to the nine-race card.

Lena Rivers has finished fourth in a trial and third in two workouts before her debut in race 3.

She starts alongside Avana, who has run second in two trials and won a workout.

Aladdin and Rock Legend, who start in race 4, both debuted in the same 2yr-old race at Addington last week won by Darling Me.

Aladdin held third after leading throughout, holding out Rock Legend, who closed well after making a mid-race move.