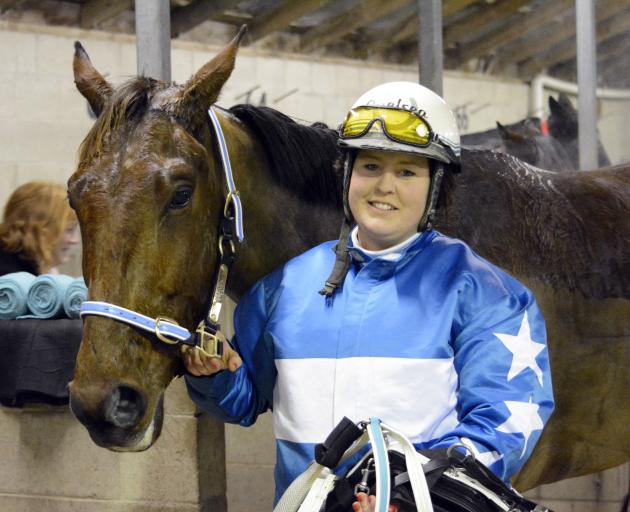 Known as a man of many talents with horses, Crawford was a successful trainer and driver, farrier and worked on many horses’ ailments through his work as an equine therapist, chiropractor and acupuncturist.

The former Tomahawk trainer died peacefully, surrounded by his family, in Dunedin on Thursday.

Crawford was a close family friend of Faithful’s and he also treated several of her team on his southern trips with his equine therapy business.

"It was a pretty emotional win.

"He would come down every six weeks or so and he would stay with us," Faithful said.

"Mum grew up with the Crawfords and I have known them all my life. It is very sad."

"He was a bit of a hard case, Leon. There wasn’t much he didn’t know."

"He had done a bit of everything and been here, there and everywhere.

"He had been to Aussie, driven horses, shod horses and treated horses."

Crawford had treated several of Faithful’s horses in recent seasons, Pay Me Speedy among them.

Driver Mark Hurrell wore a black armband in Crawford’s honour as he drove the mare to victory in race 9 on Saturday.

Pay Me Speedy has returned from a spell in excellent form, turning around a fair run of form over summer.

Though wet and wild conditions were not exactly inspiring for horses and drivers on Saturday, they were in Pay Me Speedy’s favour.

Faithful recently discovered the mare suffers from allergies and with rain and wind pelting the Ascot Park track there was little pollen and the like floating through the air.

"It took a while to find out what was wrong with her, but she had pretty bad allergies," Faithful said.

"It has been a strange sort of a summer. It has been hot and the pollens going around have been her problem.

"She got treated for that and then she was ready to race on Kindergarten Stakes Day, but then she got sick again.

"But I have been pleased with her last two runs. She seems like she is back to her best."

Hurrell seized the opportunity to take the front at the 1400m, before Pay Me Speedy sped away to win by three and a-half lengths.

One of the horse’s best efforts last time in came in her third in the South Of The Waitaki race on Show Day at Addington.

Faithful has her eye on this year’s edition for the mare.

"I will look at giving her a freshener at some stage before getting her ready for the South Of The Waitaki race on Show Day again."

Faithful races Pay Me Speedy with her mother, Louise Cox, and her grandparents, Norm and Bev Cox.