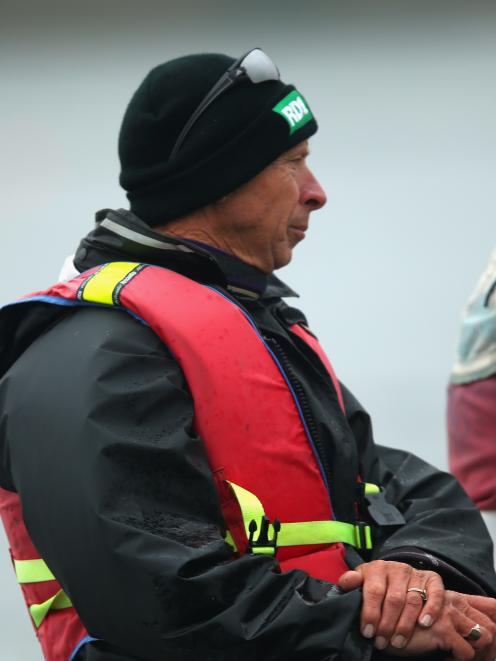 Dick Tonks. Photo: Getty Images
Tonks, who was the New Zealand Rowing coach through five consecutive Olympic Games between 1996 and 2012, had his contract terminated in 2015 after a public fallout over him having coached top Chinese rowers at Lake Karapiro.

He had also come under fire for a number of barbs directed to specific employees at Rowing NZ.

Although being renowned as the most successful coach in New Zealand Olympic history, Tonks was well known for his reputation as a hard taskmaster - often accused of including physical intimidation in his coaching methods.

He said Tonks wasn't impressed by him or teammate Eric Murray after asking to complete a training session in Christchurch so he could spend time with his girlfriend before they went overseas.

"We ended up getting called back into the office, Eric and I that afternoon by the Rowing New Zealand manager and basically Dick stormed into the room and tore strips off us," Bond said. "... he called us every word that could possibly come to his mind. Arrogant, mother, c-word, just tore into us, I don't know what he thought.

"It didn't wash well with me and our High-Performance manager at the time, he was in the room as well and he just sat there and let Dick go off at us, completely unjustifiably."

Bond said in the months following, Tonks continued to make life difficult for both him and Murray.

"In the aftermath of that, Dick completely ignored us, basically we were told that we needed to grovel back up to him to try and get back into his squad," Bond said. "So we were turning up to training in the morning, he'd completely ignore us.

"He was out in his coach boat and he'd try and wash us out, so we basically had to grovel back and it just really rubbed me up the wrong way and from that point on it was 'well you treat me like that, don't expect me to treat you any other way'."

Bond and Murray first combined in 2009, when they won the coxless pair at the World Rowing Championships in Poznan.

In the years that followed, they continued their undefeated streak to claim five consecutive World Championships and win gold at the 2012 and 2016 Olympic Games.

Earlier this year, Bond said he had not given much thought to the postponed Tokyo Olympics.

Bond came back to rowing just over a year ago and joined the New Zealand eight. The eight had made the last-chance regatta at Lucerne to qualify for the Tokyo Olympics before it was canned due to Covid-19.

He said he was on a break and was yet to give any consideration to what lay ahead.