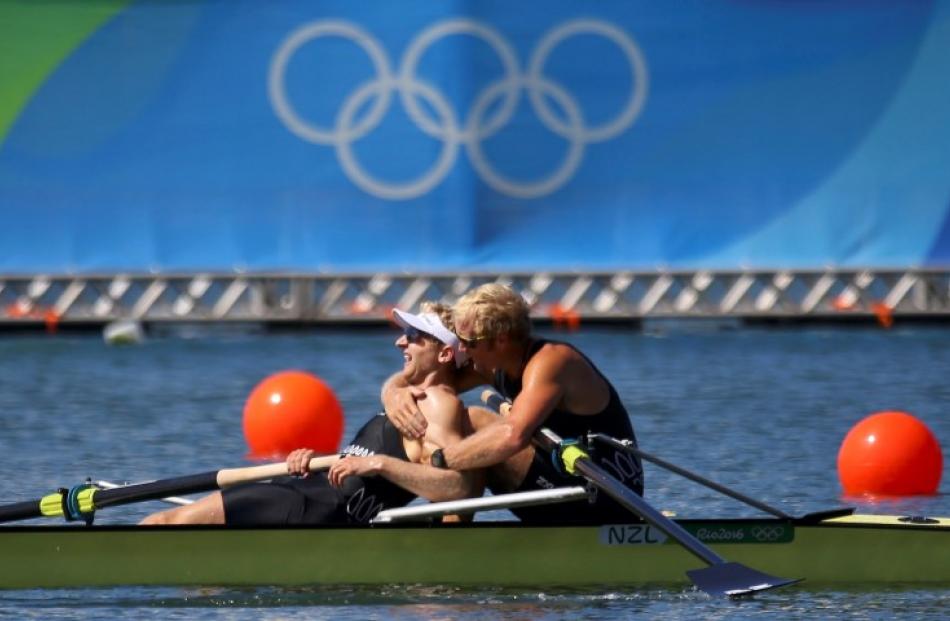 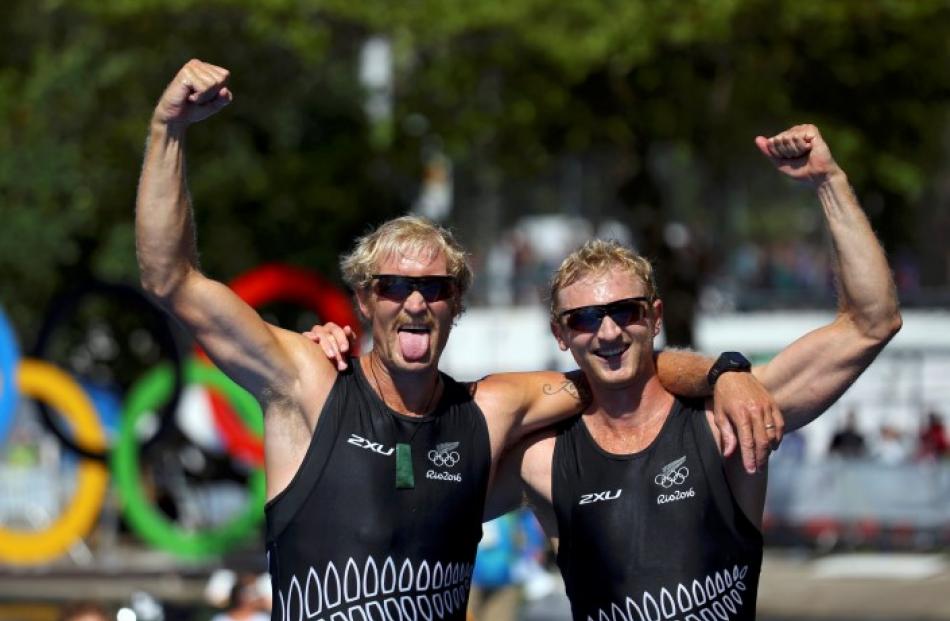 They have gone 69 races at 24 international regattas without defeat in the class. No one has completed more in rowing's history. In a discipline of such technical nous, they have overcome every conceivable doubt in every heat, semifinal and final on every visit to a race course.

In case you were wondering, since their first win on June 19, 2009, they have gone 2610 days without defeat in tandem.

It's a record which is beginning to rival American Edwin Moses 122-race stretch of nine years, nine months and nine days in the 400m hurdles. They're challenging Moses' biblical namesake for parting water, too.

This win was the most defining of their careers.

With the clinical analysis of Lovelock at Berlin, the raw talent of Loader at Atlanta and the relentless determination of Ulmer in Athens, Bond and Murray dismantled the field.

Their London Games performance under coach Dick Tonks was so convincing it seemed a formality as they blitzed the Dorney Lake course to win by 4.46s. It was men versus buoys.

The defence of their title under mentor Noel Donaldson was no different, as they cleared out to win with South Africa second and Italy third.

"We're ecstatic," Murray said. "There was a lot of pressure and expectation and we're thankful for the support from the New Zealand public, family and friends.

"It wasn't our best racing in tricky conditions, but we couldn't really exceed expectations because we've been winning the whole time."

"Thank you to all those who recognised we had a scrap of talent and put in the hard yards with us," Bond - a former pupil of Otago Boys High School - added.

"I just wanted us to get more distance over the field, just in case anything went wrong in the last 500m.

"The last few months have been hard. I'm sick and tired of Eric," Bond quipped.

The result confirms the duo as rowing's greatest coxless pair.

The only remaining challengers were British immortals Sir Matthew Pinsent and Sir Steven Redgrave, who won consecutive Olympic golds at Barcelona and Atlanta and four-straight world championships from 1991-95, and East German twins Joerg and Bernd Landvoigt who won at the Montreal and Moscow Games in addition to four world titles.

Nonetheless, they know what failure feels like. As part of the defending world champion men's four heading to the Beijing Games, they missed the final. The subsequent feats are born of that horror.

Historians, psychologists and physiologists might ponder why the Bond-Murray phenomenon worked with such aplomb.

They're not the biggest crew and don't spend much time together off the course, but a common determination to row myriad kilometres on Lake Karapiro in training has been relentless and rewarding. It's been guts and grace from Mssrs Chalk and Cheese.

They're workmates. Sure, their office is a lake rather than a grey partitioned cubicle and they loosen lycra rather than ties at day's end, but they are doing a job.

Murray embodies joie de vivre, exemplified by his keenness to don lederhosen at Munich's Hofbrauhaus when the coxless four won at the 2007 world championships, or discovering that the old Kiwi 50c pieces were exactly the same size as five Swiss francs (the currency conversion is Warren Buffett profitable) for use in Lucerne vending machines. He is the crew's creative director.

Bond is director of operations. He needs any ingenuity to have a practical application. It's no accident he has assumed the stroke seat in the catalogue of crews he has represented through the years. Bond has the composure of an astronaut at T minus zero on Cape Canaveral when the going gets tough.

In March 2009, while eating a tin of cold baked beans at Lake Karapiro - presumably for the energy value rather than the flavour - he was asked whether he had any trepidation about joining with Murray. They faced what looked daunting opposition on paper, including British Olympic coxless four gold medallists Andrew Triggs Hodge and Peter Reed. Unblinking, Bond responded: "Hopefully we can give them a nudge ... I'd be disappointed if we weren't pushing them."

So it has proved.

The four – which included Hamish Bond's brother Alistair -  came from behind to clinch the third and final qualifying spot in its semifinal.