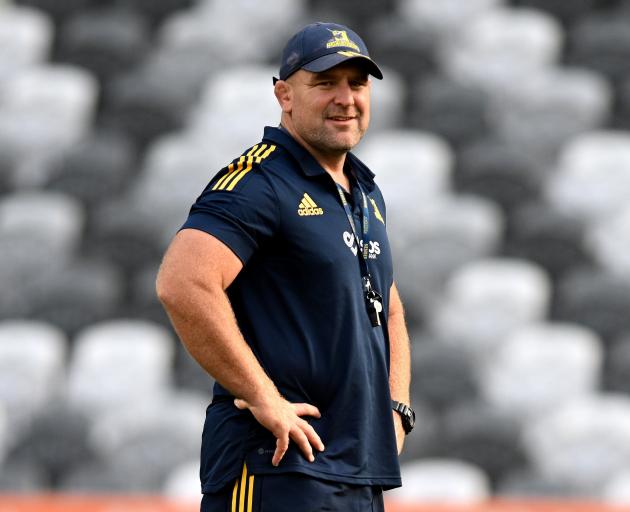 Dermody (42), the former All Blacks, Highlanders and Southland prop, is a popular and familiar face at the franchise.

He later became forwards coach then assistant coach under Tony Brown, as well as coaching Tasman in the NPC.

Dermody has had a taste of head coaching duties already. He guided the Highlanders to five straight wins in the Super Rugby Transtasman competition last year when Brown returned to Japan.

He has developed a Highlanders forward pack as good as any in Super Rugby Pacific, and players have spoken highly of his leadership and technical ability.

He becomes the first Southlander to be head coach of the Highlanders.

“When I started with the Highlanders in 2014 it wasn’t with the purpose of someday being the head coach,’’ Dermody said.

‘‘I was just happy to get the opportunity to be involved with a club I have a genuine attachment with.

‘‘Over the last 10 years or so that attachment has only strengthened through the good times and bad.

Highlanders chief executive Roger Clark is confident they have the right man for the job.

“Clarke has served his apprenticeship with this club in every sense, firstly as a player and then as a coach.

‘‘He understands this club and the region we represent well.

‘‘He has shown he can get the best out of the people around him and we have faith in that ability to lead our club over the next few years.”

The Highlanders’ full coaching staff for 2023 will be finalised within the next month.