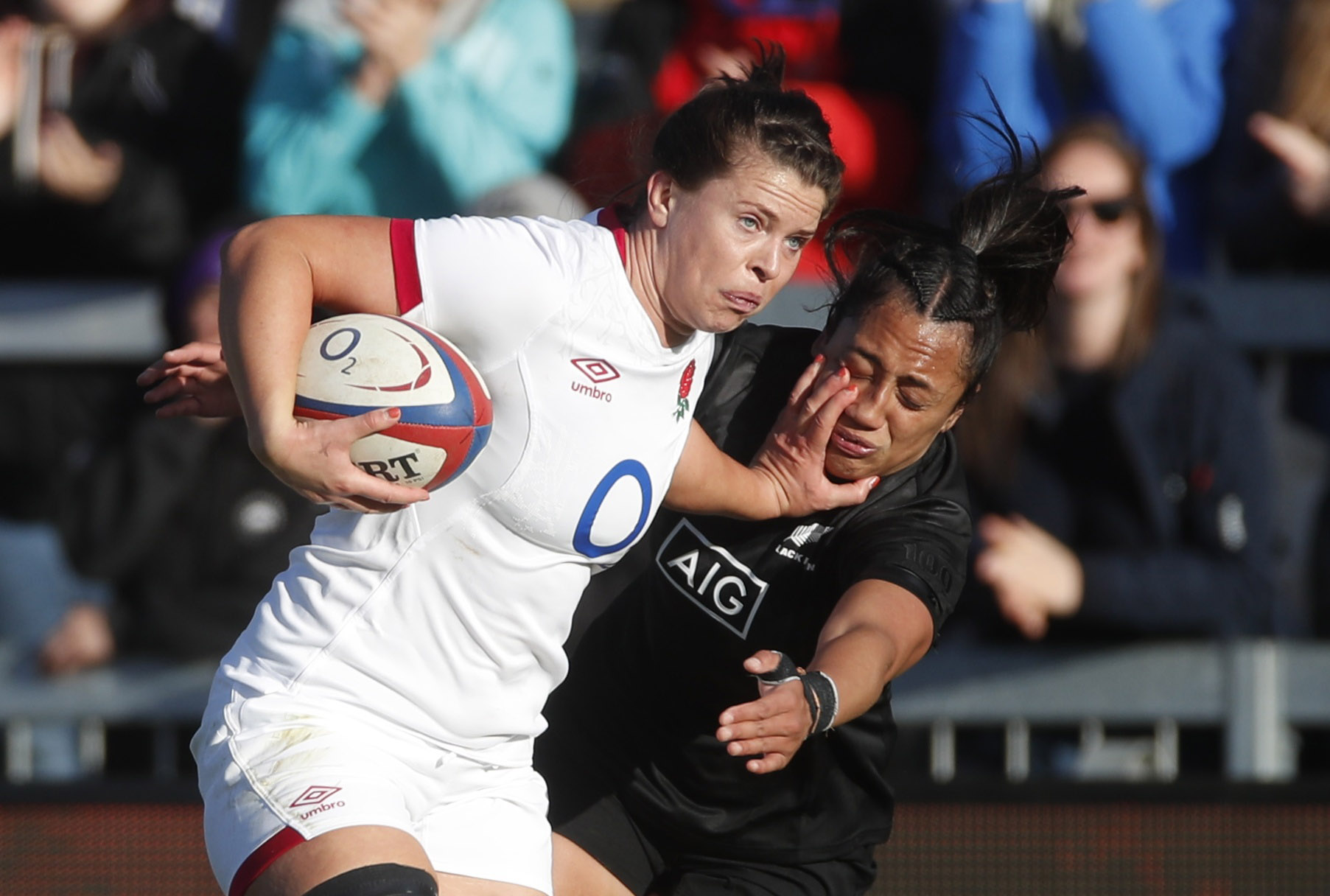 In their first test in two years, the Black Ferns could not match an England side who had played 14 internationals since the New Zealanders last took the field.

The match was the Black Ferns' 100th test and nine debutants got game time at a packed out Sandy Park.

England have not lost at home since 2016 and showed their dominance early as forward Abbie Ward crossed for the first of her two tries in the 11th minute.

Ward scored again six minutes later but it wasn't until just on half time that Red Roses fullback Ellie Kildunne extended the lead as the home side went into the break up 17-0.

The Black Ferns struck first after halftime, with Chelsea Alley chipping through a ball for debutant Alana Bremner to run in under the posts.

Five minutes after scoring her first try Bremner was sent to the sin bin for cynical play on the England try line and the Red Roses did not take long to capitalise.

Hooker Lark Davies drove over for their fourth try and debutant Holly Aitchison displayed her Sevens skills as she ran in the fifth.

Back to 15 players, the Black Ferns still could not stop Abby Dow and player of the match Zoe Harrison adding two more tries for the 10,000 fans to cheer about.

As the clock ticked down into the final 10 minutes of the match, Stacey Fluhler scored the Black Ferns' second try.

The victory was the Red Roses' biggest winning margin over the Black Ferns and their first win against New Zealand since 2017.

The Black Ferns continue their Northern Tour with a re-match against England next Monday in Northampton, followed by two games against France in France.