Giving back by coaching 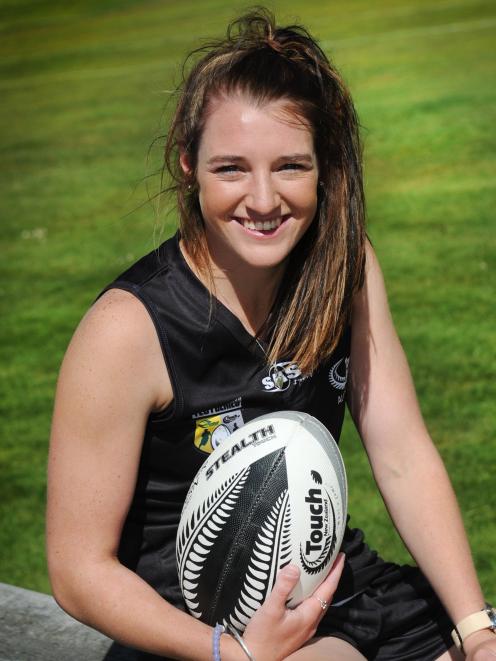 The career path in touch is obviously a lot quicker than in other sports, but Turnbull has the talent to back up her quick rise. She has an inside look at who her future national team-mates may be and knows she has to keep her sidestep razor sharp.

Turnbull’s coaching resume has her working with the best in local and national age-group touch players. The former national basketball representative coaches the Columba College senior A, Otago under-16 and the New Zealand under-20 women’s touch teams.

"There’s a number of up-and-coming players from [Otago], especially in the women’s game, that can develop and can be in my team or even pushing me out of the team," she said.

Turnbull is considered one of New Zealand’s best touch players, so it may be more likely the up-and-comers will join her in the team, rather than push her out.

She turned her hand to coaching to give back to the sport after going through the local age-group ranks. Her father, PJ, is an experienced touch coach and asked her to help when he was approached to coach the Columba side. Seeing her teams’ achievements  and her players developing was extremely rewarding, she said.

"That’s the rewarding side of it. You can see your efforts paying off so you know that it is worth it."

The most recent of her coaching successes came last weekend. Turnbull and her father co-coached Columba College to a best result at the New Zealand secondary schools touch tournament in which Columba finished second to Hamilton Girls’ High School, beaten by just one point in the tournament final, 8-7.

Turnbull’s passion for the sport was what drove her to be involved in so many sides.

"I have been playing touch since I was 6 years old.

"Even in the off-season you know you have to keep your training up, especially if you want to keep making the New Zealand team. I never want to stop; I just love it, really."

It is that passion that helped her choose touch as her priority, despite being an achiever in other sports.

"You can play anywhere, you just need a ball. It’s not endless hours of training; it’s just keeping fit and keeping your skill level up. With basketball you have to train and you pretty much have to move countries to make the representative teams.

"I played age groups [level] and then it pretty much takes over your life and then it becomes a job. I decided it wasn’t for me. I can be in Dunedin and can play touch at the highest level."

The 2010 junior sportswoman of the year at the Maori sports awards has a busy schedule coming up.

Her New Zealand under-20 team plays next month, before the Otago under-16 team line-up in February. Two months later, she heads to a New Zealand team training camp before preparing for the national tournament in May. Later that month, the national side heads to the Sunshine Coast for a three-test transtasman series.

Turnbull’s coaching success with Columba College also served as an early graduation present. During the same week, she graduated with a diploma in applied sport and exercise leadership from Otago Polytechnic. Combining her passion for touch and her qualification could lead to finding her dream job.  Turnbull’s experience coaching youth also meant she was keen to explore opportunities working at local high schools.