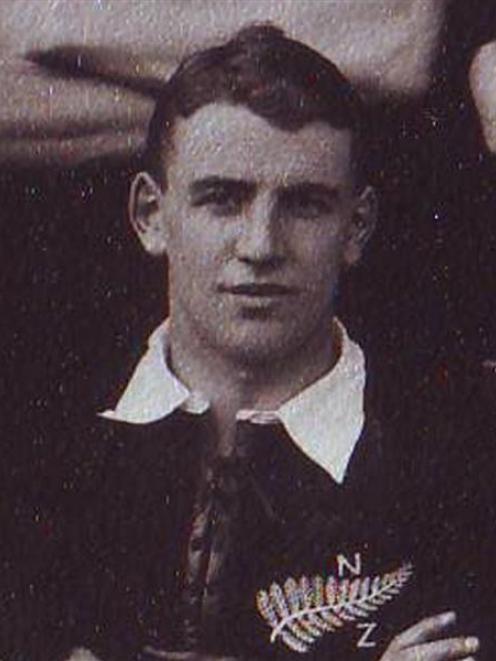 High praise, indeed. But it seems appropriate recognition of Dickinson's sporting versatility and his youthful prowess.

Dickinson was the first of the seven double All Blacks, the select group of men who would represent New Zealand in both rugby and cricket. Wilson was the most recent, and possibly there will never be another.

Born in Dunedin and educated at Otago Boys' High School, Dickinson played in the First XV as a five-eighth for four years.

He was just 19 when he was whisked into the South Island team and then chosen for the All Black tour of Australia, before he had even played for Otago.

He played in four of the seven games - once at second five, once at first five and twice at centre, scoring three tries on the tour.

In cricket, he was a lively right-arm pace bowler and a useful lower-order batsman, making his debut for Otago in 1921-22.

Dickinson made his New Zealand debut against Victoria at the Basin Reserve in March 1925, alongside greats Roger Blunt, Ces Dacre and Stewie Dempster. He took four wickets in Victoria's first innings.

He played three tests - two against England in 1929-30 and one against South Africa two years later - and took eight wickets at 30.63.

He scored a century for Otago against Wellington in 1927-28.

Dickinson died in Lower Hutt in 1978.