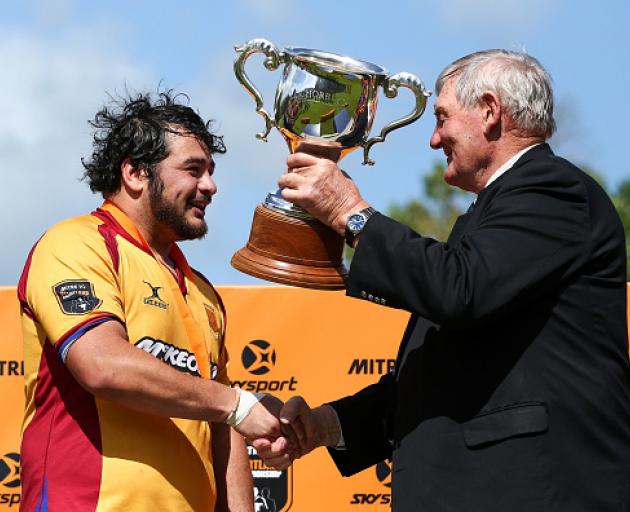 One year after going down in Te Kuiti, North Otago ran in six tries in front of Sir Brian Lochore and Sir Colin Meads to win 44-22.

A complete performance capped off a big finals campaign for North Otago, who gained their place in the final after upsetting Mid Canterbury in the semi.

King Country dominated possession in the first half and looked likely to repeat as champions in front of their home crowd, but North Otago were stern on defence and held out the home side until the end of the first half.

North Otago did most of their first half attacking on the counter, scoring two long range tries including an 80-metre effort from flanker Maene Mapusaga.

King Country fullback James Hemara was strong on attack as he tried to drag his side back into the game, but unforced errors stopped any momentum as his team trailed 24-8 at the half.

Looking to close the gap, Hemara, who scored a double in last year's final, dotted down to open the second half scoring and put King Country within striking distance.

From there, all of King Country's chances were defused by errors or turnovers as they found themselves playing catch-up.

North Otago's free flowing attack took over in the second half as the game opened up, and a brace of tries to Matthew Vocea, Simon Lilicama and Craig Smith put things out of reach.