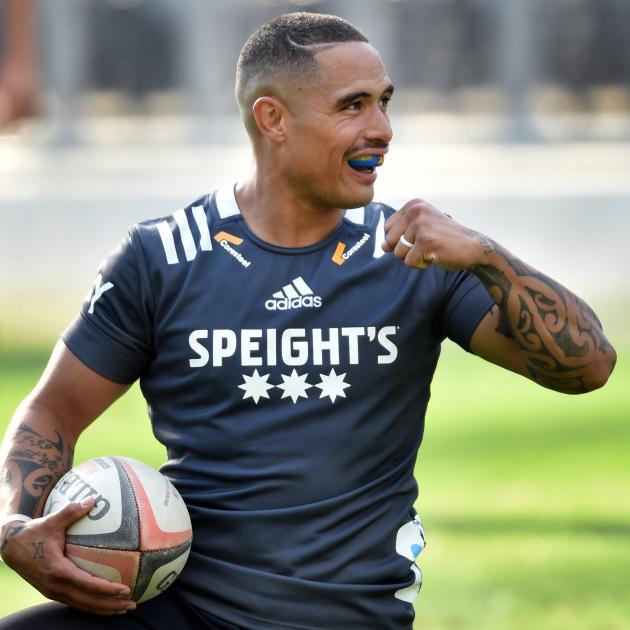 Highlanders halfback Aaron Smith at training. The team announced a four-year contract extension with Speight's earlier this year. PHOTO: PETER MCINTOSH
The Highlanders will not have to remove or change the Speight’s beer logo on the team jersey or in-stadium branding after a complaint to the Advertising Standards Authority (ASA) was largely not upheld.

Images of children with Highlanders were removed from the Super Rugby team’s Facebook page after Alcohol Healthwatch said the team’s Speight’s advertising was too prominent and promoted alcohol to minors.

The ASA complaints board found the Speight’s logo on the jersey to be compliant with the advertising standards.

So, too, was the advertising in Forsyth Barr Stadium.

A third complaint was settled after Facebook posts were taken down that had shown players in Speight’s branded jerseys at an event with children.

The team committed to making sure the jerseys with Speight’s branding were not worn to events aimed at minors, the complaints board decision said.

Highlanders chief executive Roger Clark said the team was happy with the decision.

The team, along with Speight’s, took great care to be consistent and compliant with the alcohol advertising and promotion code.

"However, our approach still requires vigilance ...

"We have now put further checks in place to avoid this happening again in the future."

A spokeswoman for Lion, the owner of Speight’s, said the company took its obligations to responsible marketing and sponsorship seriously.

As part of renewing its partnership with the Highlanders, Lion took several measures to ensure it continued to be consistent with the alcohol advertising and promotion code, and with the company’s values, specifically with respect to clearly not appealing to minors, she said.

The specific actions taken included "a contractual commitment to ensure that no Speight’s branding would feature on any Highlanders’ children’s replica jerseys".

With regards to the part of the complaint that had been settled, she said the company agreed with the Highlanders that alternative unbranded kit be worn at any event where children were the focus.

The decision was evidence the code was not fit for purpose.

"This is an industry-written code for the industry, and that’s exactly what this decision shows.

"It’s absolutely overly permissive, it’s not aligned with the science, and I’m going to say we’re being conned," she said.

And a vote for common sense which the woke will moan about.

So why can’t The Highlanders advertise tobacco on their shirts? Alcohol and smoke both cause disease but the antisocial impact of alcohol on New Zealand is devastating. However, we can always turn a blind eye or find an excuse when money is being offered. It’s a double standard.