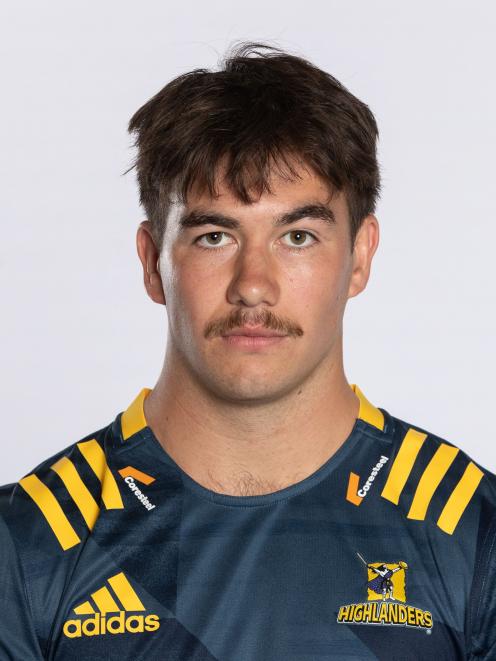 Connor Garden-Bachop. Photo: ODT files
The Highlanders will be without their breakout star for the rest of the season.

Connor Garden-Bachop has been ruled out of the remainder of Super Rugby — both the Aotearoa and transtasman competitions.

The outside back fractured his wrist during Saturday’s loss to the Chiefs at Forsyth Barr Stadium.

Josh Ioane comes in at fullback for the lively 21-year-old, who has improved every week this season.

It is the key change to the line-up as the Highlanders host the Blues tomorrow.

"He couldn’t partake last year because of a back operation, then played one game for Wellington and dislocated his elbow," Brown said.

"It’s a frustrating time for him.

"He’s obviously just starting to play really well and get recognised as a quality rugby player.

Lock Pari Pari Parkinson has also been ruled out with the recurrence of an ankle injury and is replaced by Josh Dickson.

The side would manage Parkinson carefully in his recovery.

In other changes Billy Harmon starts at openside flanker, while James Lentjes drops to the bench.

Props Ayden Johnstone and Siate Tokolahi both also come into the starting line-up.

While the side has been seemingly cursed by injury this year, Brown took a philosophical approach to the problem.

"That’s rugby — sometimes you get really lucky and you get through a campaign with hardly any injuries.

"Then sometimes you get a dozen, which is about how much we’ve got.

"We’ve had season-ending injuries that have put us under real pressure now.

"But it’s like anything, there’s plenty of guys willing to step up and we’ve brought some new guys in.

"They’ve added to the environment and in the Australian part of the competition they might get a run."

The Blues, who are coming off a bye, have named a typically strong line-up.

It features a quartet of All Black props, with Karl Tu’inukuafe and Ofa Tuungafasi claiming the starting spots this week.

In the backline they have plenty of firepower, spear-headed by Rieko Ioane and Caleb Clarke.

Brown was expecting a tough game and hoped the Highlanders could execute better than last week.

"For us it’s around making sure we nail our stuff, I don’t think we got that right last week.

"We’re looking for a major improvement in our intensity and how we go about our work.

"So if we can get our stuff right, we should do a lot better than what we did last week."