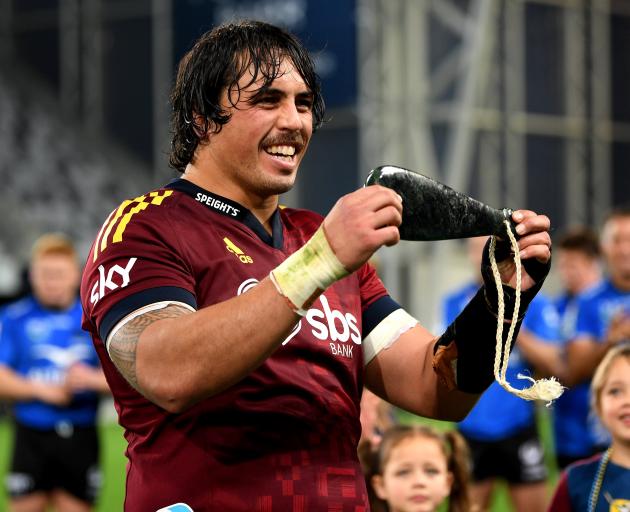 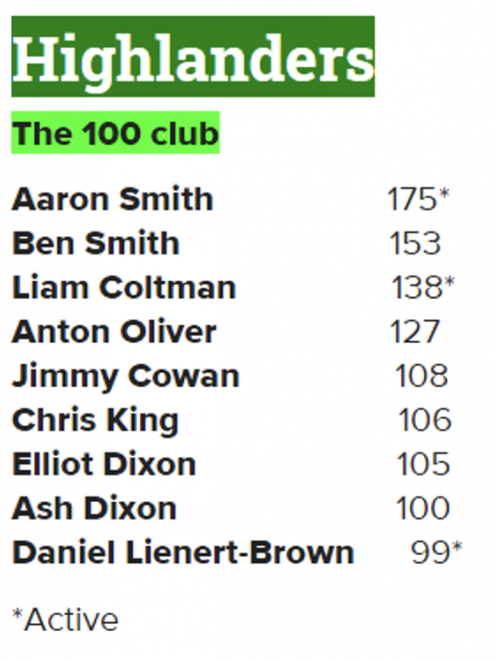 The big prop brought up 100 Super Rugby games two weeks ago. But Sunday’s critical match against the Rebels in Melbourne will be his 100th appearance for the Highlanders and he is very much looking forward to the occasion should he be named in the team.

"They are going to name the team soon and fingers crossed that I'll be in the 23", he said on Tuesday.

"If I get the opportunity to play 100 for the Highlanders, I’ll be very grateful and it will be a very special moment."

Lienert-Brown joined the Highlanders in 2015 and quickly established himself as an asset in the front row.

He is from Christchurch, and made two appearances for the Crusaders before making the move south to Dunedin.

Younger brother Anton has played for the Chiefs since 2014, and the midfielder has more than 50 caps for the All Blacks.

The pair are built very differently. But sometimes, when Daniel gets into the open, he looks a little like his brother.

He has a tremendous turn of pace for a front-rower, but favours the steam roller approach rather than a side step.

It is hard to stop and he has scored twice this season. The 29-year-old is in terrific form, arguably some of the best of his career.

"Coming into the season last year was a bit frustrating for me. I got injured and I struggled to make the 23.

"It was sort of a new perspective for me."

He figure he had nothing to lose and needed to step it up this season. He is up against some quality props and that competition for places has brought out the best in him.

Lienert-Brown is enjoying his rugby. Life is good off the pitch and, when he is got the ball in his hands, well, he is going for it.

"I think I’ve just started to back myself a bit more. I’ve always wanted to be the ultimate team player and do my role, but I feel like I can have an impact when I get my hands on the ball.

"I feel like I can do that pretty well for the team, so I try to put myself in that position more often to carry the ball and I’m enjoying it."

His obvious highlight during his Highlanders career was the 2015 Super Rugby final.

"When I think back on that, it is a sort of a pinch-yourself moment. It just seems like a dream now.

"And also beating the Lions in 2017 was pretty special."

His Highlanders debut was against the Hurricanes and was memorable for another reason.

"We were about 5m out and I ran a hard line to try and score and I remember Ma’a Nonu cleaned me up from the outside and gave me a big hit," he said through the wide smile that had returned.

Lienert-Brown is hopeful he will be back playing for the Highlanders next season but has not signed a deal yet.

The immediate focus is on turning around from a poor team performance against the Waratahs and preparing for the game against the Rebels.

A loss could see the Highlanders surrender a place in the playoffs to the Force, who need to beat the Hurricanes in Perth on Sunday to have a shot at leapfrogging the Highlanders.

"If we do get to make the playoffs, it is just back to whoever is best on the day and we want that to be us."