Nothing surer: Springboks, All Blacks moving on 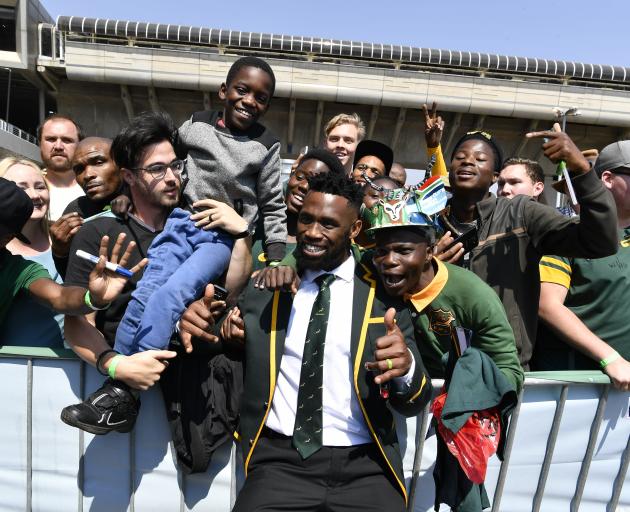 Springbok captain Siya Kolisi poses with fans during his side’s official send-off in Johannesburg late last month. PHOTOS: GETTY IMAGES
The World Cup starts next Friday. In our look at the 20 teams involved, Adrian Seconi examines four of the five teams in Pool B.

Suzie, the waitress, may have played a part in that first win and the Springboks got an armchair ride through the 2007 tournament - but we are not bitter.

A couple of years back the team was in disarray. The Boks were thumped 57-0 by the All Blacks in Albany.

The postmortems were withering and, as it turned out, premature.

New Zealand's greatest rival has returned to form and right on time for its bid for a third title.

It snatched a 16-16 draw with the All Blacks in Wellington in July and won the Rugby Championship for the first time since the competition shifted to the four-team format.

That result has generated even more interest in what shapes as a blockbuster game in pool B.

The Springboks will play the All Blacks on day two of the tournament. The winner will get a much easier route through the playoff games.

Captain Siya Kolisi has shaken off a serious knee injury. His presence in the squad is a big boost for the side. 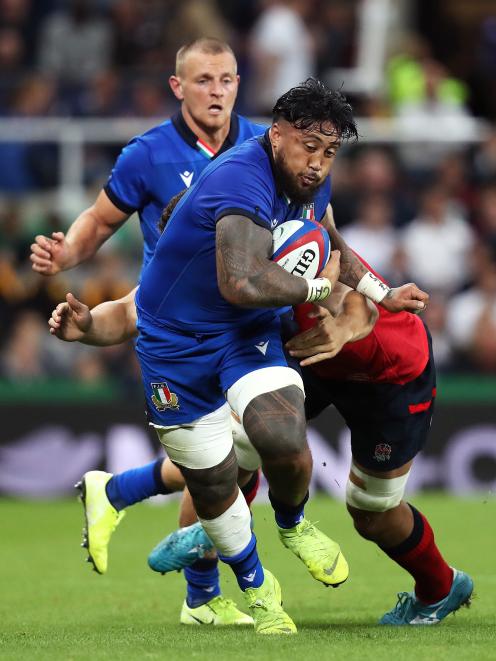 Fact: Italians have been eating pasta dishes since the 4th century BC.

The Azzurri could not tackle John Kirwan in 1987 but they have been to every single World Cup.

And captain Sergio Parisse has been to half of them. Remarkably the durable No8 will be playing in his fifth tournament. It is a staggering achievement.

He has probably stood under the posts a lot over the years contemplating just how his side will get back into the match.

The 35-year-old is likely to do a lot of the same this time around.

Unless there is an epic upset, New Zealand and South Africa will progress through to the playoff games. Italy's challenge will come against minnows Namibia and Canada.

A top-12 finish is about the best the Italians can hope for - but then no-one expected Japan to beat South Africa in 2015 and that actually happened.

Parisse aside, the Italians lack experience. Outside back Matteo Minozzi is one of the more exciting talents in the side and one to watch.

Italy's issue will be holding on to the ball and converting the scoring opportunities it creates.

Fact: Namibia is the second-least-densely populated country in the world.

Namibia is home to the world's oldest desert. The Namib Desert is thought to have existed for at least 55 million years.

That is about as long as it will take Namibia to win the World Cup.

The team has the dubious record of boasting the biggest losing margin in the history of the tournament. It was beaten 142-0 by Australian in 2003.

But the side has made progress. It dispatched Kenya, Uganda, Tunisia, Zimbabwe and Morocco at the Africa Gold Cup to qualify for the 2019 edition.

Namibia piled on the points, posting a positive points differential of 278. The minnow showed some promise during recent matches against South African club sides. But a 20-0 loss to Russia at the World Nations Cup in Uruguay in June does not bode well.

It edged home nation Uruguay 30-28 but fell 39-25 to Argentina B to finish last. The quality of the opposition in pool B is a rather steep step up.

Halfback Eugene Jantjies is the most experienced player in the squad with 67 appearances. Utility forward PJ van Lill has played 50 games, while captain Johan Deysel has represented his country since 2013 and scored against the All Blacks at the 2015 tournament.

Fact: Canada passed the Apology Act in 2009. The purpose was to ensure apologies could not be regarded as an admission of guilt. Maybe that's why Canadians are always saying sorry.

It dispatched Germany, Hong Kong and Kenya to reach the 2019 tournament.

But there is virtually no hope for the Canucks. They were terrible at the Pacific Nations Cup.

The United States put almost 50 past them and Fiji clobbered them 38-13. Even Tonga, which went close to conceding 100 to the All Blacks this month, beat Canada 33-22.

If you draw Canada in the office sweepstake, demand your money back or your weight in maple syrup.

No way Canada can beat South Africa or the All Blacks. Italy is a maybe. But the big game for Canada will be the wooden-spoon game against Namibia on October 13.

It is the last game in pool B and then both sides will return home. Canada will be hoping it doesn't have to action the 2009 Apology Act and say sorry to their fans for a winless campaign.

The side is captained by Tyler Ardron, who has played for the Chiefs for the past two years.

He is a robust and energetic flanker-cum-lock. Lock Evan Olmstead played for Auckland in the Mitre 10 Cup last season, while London Irish centre Ciaran Hearn is the most experienced player, with 70 caps.