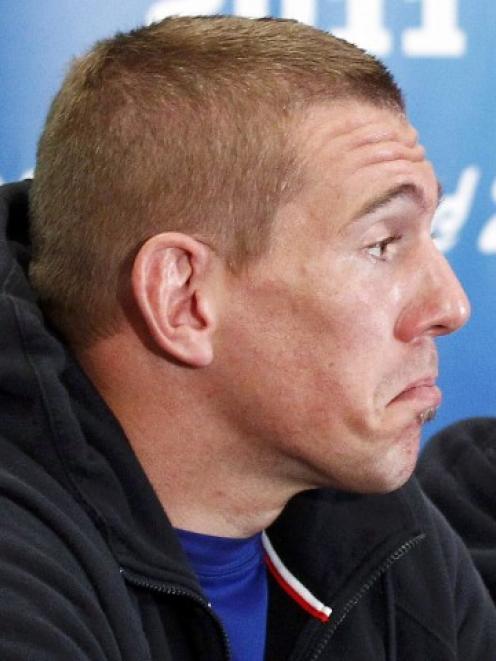 Harinordoquy has vented his anger in an interview with rugby newspaper Midi Olympique.

The tough back rower said he wasn't impressed with Joubert's work in the final, won 8-7 by the All Blacks, especially in regard to to keeping an eye on the breakdown work of flanker McCaw.

"He was only looking at us," Harinordoquy told Midi Olympique.

"He [McCaw] played the whole match in our camp. He did a lot of [bad] things and nobody told him anything.

"Three minutes from the end of the game, I saw him dive on the side of a ruck and he stayed there for ages."

France got off to a stuttering start in New Zealand, being thrashed by the All Blacks and losing to Tonga in the group phase before beating England and Wales and losing 8-7 to the host nation in the final.

"After the defeat against Tonga (...) I did not attach too much importance to what Marc said.

"It was our adventure. It was meant to be the nice experience of 30 men. We had to free ourselves from his supervision."

Harinordoquy, who has earned 77 caps for France since 2002, said Lievremont was "lost" and put too much pressure on his squad.

"He cast the stone at us too often. When something goes wrong, we're all in the same boat. There are no good or bad guys," he said.

Lievremont slammed a section of the squad as 'spoiled brats' after they went out following their 9-8 victory over Wales in the semifinal, although he later added he meant his remark to be affectionate.

"I felt he was lost," said Harinordoquy. "I will not miss him."