The International Rugby Board says Paterson will be able to play again on Feb. 13 after he was provisionally suspended on October 13 for testing positive for oxycodone.

The IRB says on its website that Paterson injured his shoulder earlier in the tournament and took the painkiller to play in his team's last pool match.

IRB Anti-Doping Manager Tim Ricketts says "the main message to come from this error is that all medical personnel and players must be diligent in checking all medications." 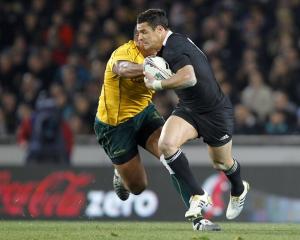