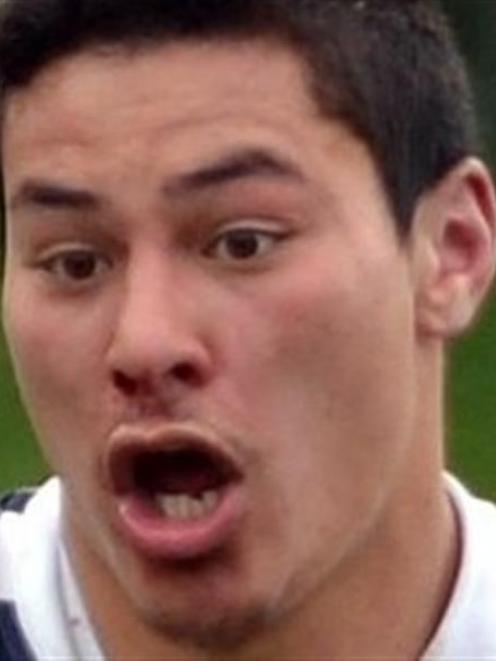 Sio Tomkinson.
Promising midfielder Sio Tomkinson has fended off interest from outside the region and signed with Otago for two years.

''I hope we all get to see him grow into a good ITM Cup player and I hope he goes all the way.

''Tim Colling, our academy manager, met with Sio and his dad.

''We talked about the plans we had in place for him if he wanted to stay here, and I suppose he decided there are some good opportunities here for him.''

After leaving Kavanagh College for Otago Boys' at the start of 2011, Tomkinson played 64 straight games for the first XV, scoring more than 450 points, which is believed to be a school record.

The handy goal-kicker rarely misses a tackle and is a strong runner.

However, it is not just what he does on the paddock that Kinley liked.

''I've had the chance to talk to Sio a number of times and he's a very well-balanced young man,'' he said.

''He's got some quite clear goals and aspirations around his rugby and also around his career outside of rugby.

''Obviously, to be the shining light in the New Zealand secondary schools team shows that this is a young fellow with quite a bit of talent.''

Tomkinson, who is still recovering from a groin injury, has been linked to Green Island before the coming club season, but said he had not yet decided for whom he was going to play.

The midfielder confirmed there had been interest in his services from outside of Otago in the past months, but he wanted to stay in Otago with his family.

His goal is to have a good season of club rugby and work his way into Cory Brown's Otago team for the ITM Cup campaign later in the year.

He was cleared at a judicial hearing in Australia last night.

Tongia was red carded in the match against the Brumbies on Saturday for a dangerous tackle.