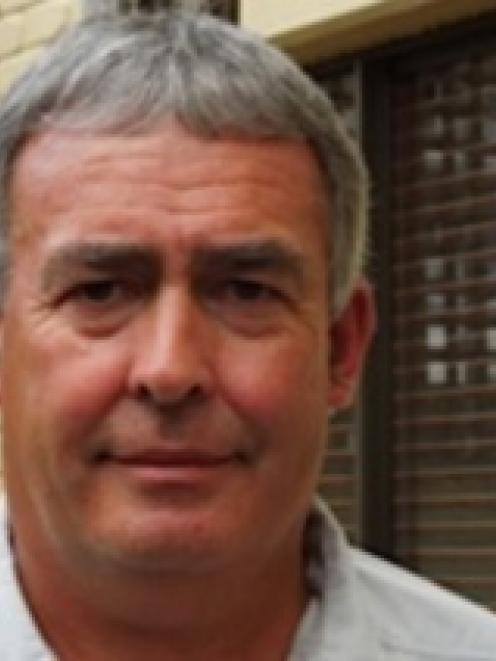 Doug Harvie
Dunedin accountant Doug Harvie was reluctant to get involved but could not sit back and let Otago rugby fail.

Yesterday, he was confirmed as chairman of the Otago Rugby Football Union's new six-member board.

As reported in the Otago Daily Times earlier this week, Keith Cooper (deputy chairman), Kelvin Collins and Simon Spark will join Harvie on the board, while existing directors John Faulks and Andrew Rooney, members since 2010, have been appointed on one-year terms.

The board will appoint a permanent manager in the next few months but, in the meantime, Sport Otago programme director Richard Kinley will fill the role.

Harvie, who played senior rugby for the Dunedin and University clubs, said he put his name forward for the board only because he could not bear to see Otago rugby fail.

"To be quite frank I didn't [want to be involved]," he said.

"I made it very clear that I was a really reluctant director but I wasn't prepared to sit back and let Otago rugby fail.

"I just told them, pretty bluntly, that if they had someone else who was better at it than I was then please don't appoint me.

"But I'm confident I can do the job. I must say, I was very impressed when I heard who had been appointed.

"They are all good people and I think, as a unit, we are going to do reasonably well."

Harvie, whose son Mathew played 26 first-class cricket games for Otago, is on holiday in Australia and the board will not get an opportunity to "sit down together" for a few weeks.

"The first thing on the agenda is to work out what we have got in terms of business structures and systems," Harvie said.

"Then it is just about continuing with what Jeremy Curragh has put in place in terms of ongoing support for Otago rugby."

The recovery package Curragh helped put together involved the NZRU providing a long-term loan of $500,000 and the Dunedin City Council agreeing to write off debt worth $480,000.

Almost $500,00 has been raised which will allow the ORFU to settle with its creditors.

More than 150 non-profit organisation and other creditors who are owed less than $5000 will be paid in full.

The remaining 24 creditors will received the first $5000 and 50 cents in the dollar thereafter.

Repayments are due to be made at the end of the month.

"The big thing is we have to be commercially credible as an organisation.

"The good news is we have managed to secure a settlement with creditors which we hope will help us rebuild the goodwill with the Otago business community whose support is vital to helping us deliver rugby at all levels."

Harvie said a modest surplus was forecast for this financial year.

NZRU chief executive Steve Tew said the stage was set for the ORFU to "face the future with confidence".

"The six directors were the strongest candidates we could select," he said in a statement.

"They have excellent commercial and governance skills as well as rugby administration experience, so we are confident the new board can take the organisation forward.

"The two existing directors will also provide important continuity in the months ahead."

Otago rugby: the new board