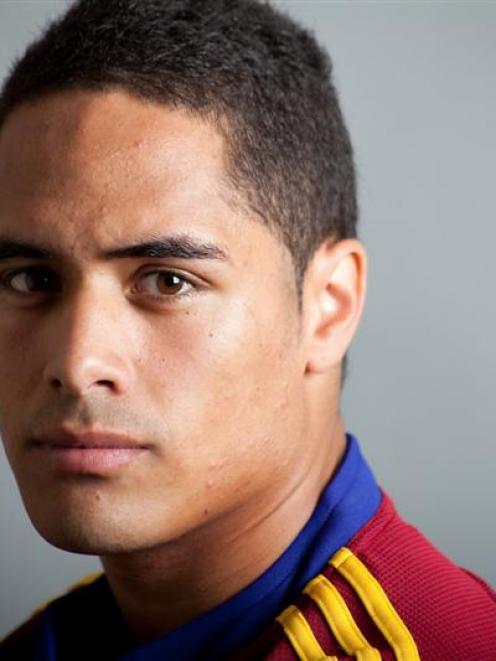 Aaron Smith
Highlanders halfback Aaron Smith will be free to play the Chiefs in Hamilton on Saturday night after he was cleared of foul play at a hearing in Wellington yesterday.

Smith had been cited for a tip tackle against his opposite, Toby Morland, in the dying minutes of last Friday night's game against the Blues at Carisbrook.

Smith was given a yellow card for his actions.

It was the second yellow card the Highlanders received on Friday night after lock Jarrad Hoeata was given his marching orders by referee Chris Pollock at the end of the first half because of team infringing.

At the hearing in Wellington yesterday, Sanzar judicial officer Nigel Hampton QC said while he did not disagree with the referee's reasons for giving a yellow card, he found the citing could not be made because Smith was not the player primarily responsible for lifting and then dropping or driving Morland to the ground.

Based on the evidence presented, including additional video evidence that was made available, Hampton concluded that another Highlanders player involved in the tackle had played the dominant role in lifting and dropping Morland.

Smith (22) was therefore found not guilty and was cleared to play.

Hoeata had come in to support Smith in the tackle and to stop Morland in his tracks. Players were on either side of him and combined to upend Morland.

Smith had an unblemished disciplinary record but that was not taken into account as he was shown to not be the primary player involved in the tackle.

Smith and coach Jamie Joseph were to return to Dunedin last night and the team would begin preparations for the match against the Chiefs today.

Hamilton is not a happy hunting ground for the Highlanders.

The Chiefs lost to the Bulls 43-27 in Pretoria last weekend and are on the long flight back from South Africa.