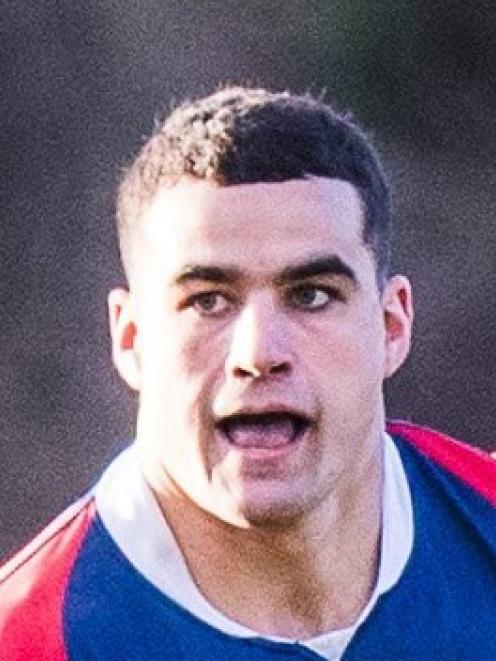 The 22-year-old injured his left hand during the 17-9 defeat to Taranaki in Invercargill on Saturday night.

He sustained the blow with about 15 minutes remaining but played on. However, an X-ray has revealed three fractures, which means the promising outside back’s campaign is over.

Stags coach Dale MacLeod is devastated for his young charge.

Moorby has been one of the more consistent performers for Southland

He seldom makes a mistake, he has been solid on defence and is deceptively slippery.

"He is a big loss for us," MacLeod said.

"He has done it going up for a high ball.

"Someone else will get an opportunity, but it is not ideal. I’m more gutted for Josh than I am the team.

"He is a very, very good footballer and is not far off getting an opportunity and Super Rugby level.

"I’m big on the stats and he rates as one of the best ball carriers ... right through the competition.

"Mitre 10 is such a small window — if you get injured you can disappear from the radar. It is a real shame for Josh."

Winger Penikolo Latu was also injured during the loss to Taranaki. He has a bad knee and is out for at least a couple of weeks.

The pair will join towering lock Manaaki Selby-Rickit on the sideline.

The 24-year-old injured his knee during the 18-14 loss to Northland two weeks ago. While he is making good progress, he could be out for up to another four weeks.

Rory van Vugt or Amanaki Nicole shape as the most likely prospects to slot into the No 15 jersey in Moorby’s absence.

Nicole, however, is still nursing a chest injury and will miss the trip to Nelson to play Tasman this weekend.

MacLeod has hinted there could be a few changes. He is keen to provide opportunities to see how far the squad has come.