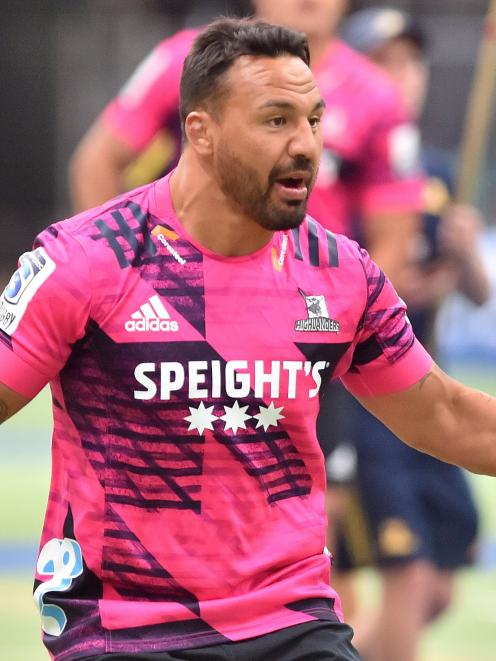 Highlanders hooker Ash Dixon in training at the Edgar Centre earlier this week. Photo: Gregor Richardson
For most, 2020 was a year to forget.

But for Ash Dixon it was 12 months to remember. The Highlanders hooker and co-captain was in great form.

He was one of the best on display for the Highlanders, bringing up 100 games for the side. He also led Hawke’s Bay to the Mitre 10 Cup championship, won and defended the Ranfurly Shield, and played his 100th game for the union.

It was certainly a good 12 months and Dixon said it was simple why he got so much out of last year.

"Just enjoyment. I just really enjoyed it. The players were really willing to play some good footy and really learn.

"And you have to have a bit of luck, too, and that worked in our favour," he said.

"Winning helps. When you are winning you are really happy. When you are not winning and not getting the games you want it can be really tough.

"But we were lucky. We managed to get the shield and win the championship.

"Then on the back end of Covid and Super Rugby Aotearoa it was really good fun for our team."

Dixon played into December for the Maori All Blacks and said by then it was time to end the season.

"I was pretty keen for it to stop.

"I was running around in December. The body was actually quite willing but the mind was getting there and it needed some time to breathe."

With some time away with family and a longer break than most, the 32-year-old was ready to get going again.

Dixon said he could keep playing for a while yet and the finish line was not in sight any time soon.

He was keen to take on the Crusaders, feeling the side needed to test itself against the best to find out where it was.