Wright’s caution is justified as the retired vet is acutely aware of the dangers posed by barley grass.

It is so prevalent at the popular dog park she has put up warning signs for unsuspecting owners, claiming the city council is not doing enough to control the grass.

Barley grass long-tailed seeds can migrate through a dog’s coat, skin and ear canal to cause serious health issues.

“If it gets into the middle ear it can be very painful and affect their hearing. It can certainly do some damage,” Wright said. 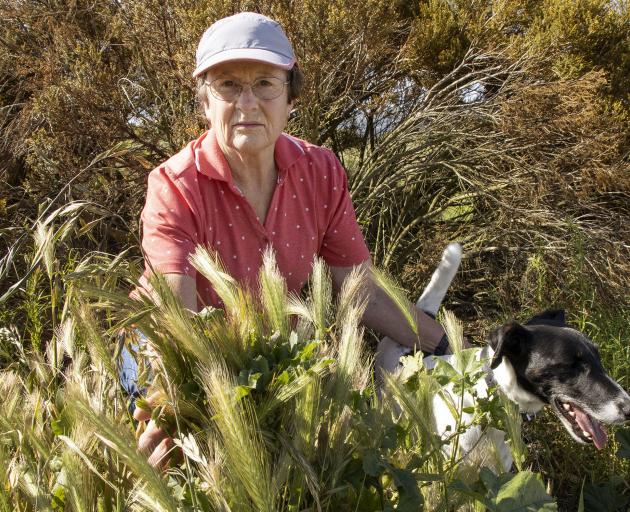 Retired vet Penny Wright has put up posters at Bexley Park warning dog owners about the health risks of barley grass. Photo: Geoff Sloan ​
They can cause a weeping wound and swelling if they penetrate through the paws. The awns also cling to animal hair and only move forward – and burrow in – due to the fine barbs on each seed.

When she moved to North New Brighton two years ago, Wright checked out dog parks in the vicinity: Bexley, Rawhiti Domain and Horseshoe Lake.

She realised barley grass was an issue and alerted Christchurch City Council, as she had previously done with Waimakariri District Council staff when living in North Canterbury.

“They sent out a ranger (in 2019), emailed them some photos and nothing has happened,” she said.

“I could see there was a problem and this year it’s booming. It’s at a height where a medium to large dog runs through that grass at face level.” 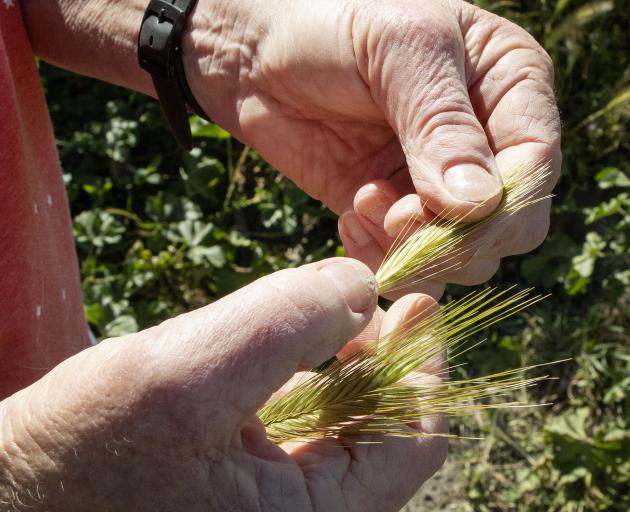 Penny Wright with some barley grass. Photo: Geoff Sloan
Wright said the best solution was to rip out barley grass.

“It’s an annual so it’s very shallow rooted. Pulling them out is by far the easiest solution. Just throw them in a sack and burn them.

“The worst thing you can do is just mow it. It just scatters the seed further.”

Christchurch City Council community parks manager Al Hardy said rangers control the barley grass at the Bexley dog park on an annual basis, with the most recent monitoring carried out on November 5.

However, Wright said the annual control was ineffective.

"If they did do a check on November 5 they would have seen it is totally out of control," she said.

Wright has organised a working bee at the dog park from 1pm to 3pm on Sunday to remove as much barley grass as possible before the seeds ripen. They will target areas where mowers cannot reach.