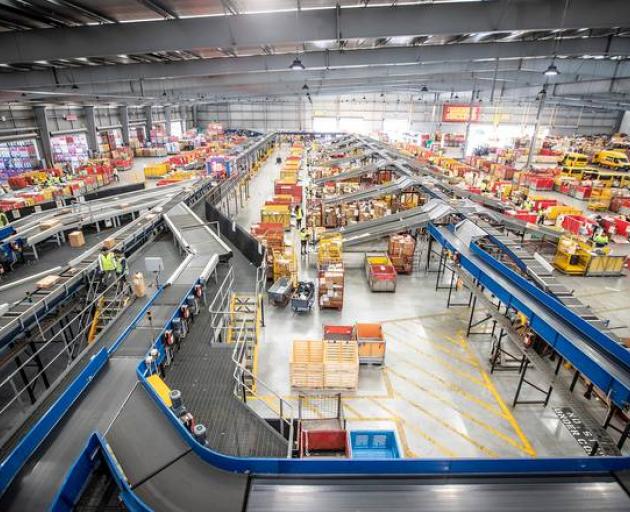 Photo: NZ Herald
Loss-making New Zealand Post, which got $280 million from the Government last month, plans to upgrade its Christchurch operations centre and build what it calls a new super depot in Wellington to handle surging parcel volumes.

Shane Jones, associate state-owned enterprises minister, said the new base in the capital would be developed at Grenada and employ about 350 people in its construction.

Last month, the Government said it was "no longer commercially viable" for NZ Post to maintain its current service level so it got $130m from Budget 2020 an equity injection of $150m from the Government's Covid Response and Recovery Fund

"As an essential service, posties and couriers worked throughout the Covid-19 level 4 lockdown to deliver essential items to Kiwis, and they have continued to work through the resulting massive demand for e-commerce," Jones said.

"New Zealanders will be aware of the issues that surrounded the ability of NZ Post to deal with the huge surge in parcel post during lockdown. This new state-of-the-art depot will provide it with the capacity to process parcels more quickly and efficiently," he said.

A ground-breaking event was being held today and Jones said that would mark progress in a 10-year plan for parcel growth.

NZ Post also announced today it was investing $170m in its network to double its parcel-processing capacity from 95m parcels to 190m parcels.

Jones said the developer and contractor expected to employ 350 people through 60 sub-contractors.

The investment programme will include a new processing centre in Auckland and an upgrade to the southern operations centre in Christchurch.

The Wellington super depot was due to open in 2022, Jones said.

Last month, Kris Faafoi, Minister of Broadcasting, said without the Government support NZ Post would face having to make drastic cuts to its mail business to remain viable.

"Post's revenue has fallen substantially but the costs of delivering the service New Zealanders expect have remained the same. The $150m equity injection, along with the $130m funding for mail services, means we avoid significant cuts to its service and workforce and big price increases for its customers," Faafoi said at the time.

In September last year, NZ Post reported a loss of $121m in the 12 months ended June 30, compared to a profit of $13m a year earlier when the bottom line was buoyed from its share of Kiwibank profits.

The latest period included a $51m impairment charge on the mail service assets, $38m being set aside to cover underpaid holiday pay, and a $15m settlement with ACC and the New Zealand Superannuation Fund over their purchase of 47 per cent of Kiwibank parent, Kiwi Group Holdings.