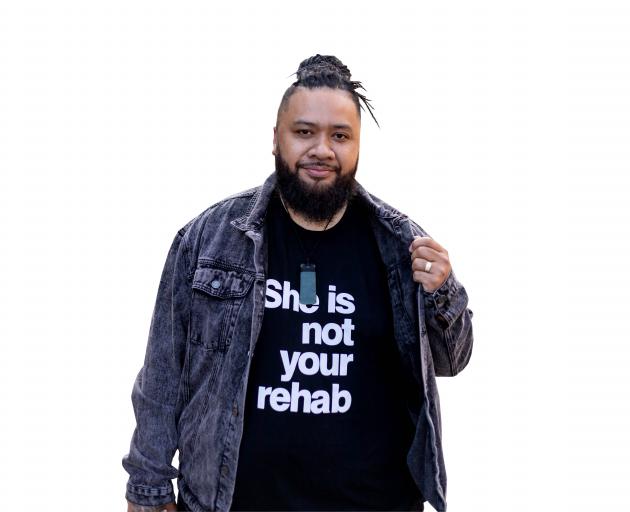 The My Fathers Barbers founder has made it his mission over the last decade to help cut toxic masculinity out of the lives of men who sit in his chairs.

Over time the shop has offered a safe haven for men to heal, connect and open up about the issues affecting them instead of bottling it up inside.

Brown discovered the role barbershops played in helping men share their pain and started the She Is Not Your Rehab movement, which encourages them to acknowledge experiences of childhood abuse instead of taking it out on their wives and girlfriends.

He has now been named as a winner of the Westfield Local Heroes awards due to his commitment to ending the cycle of domestic and family violence.

The awards recognised role models across the country and the positive impact their work had within their communities.

As a survivor of family violence and child sexual abuse himself, he understood the importance of having someone to confide in. 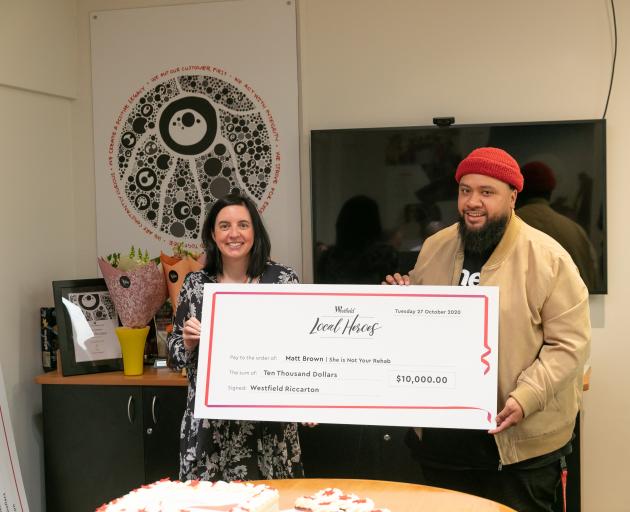 Matt Brown was awarded a $10,000 grant. Photo: Supplied
Said Brown: “The movement is simply an invitation for men to acknowledge their own childhood trauma, and to take responsibility for their healing instead of transmitting it on those around them.”

As voted by the community, Brown was awarded a $10,000 grant, which he said would be used to run more local group therapy sessions for men.

The idea for She Is Not Your Rehab started in a garden shed and has gone on to receive international recognition.

News of his talent for delivering fresh cuts quickly grew over social media, along with the number of men who were visiting barbers for more than just a haircut.

Wanting to raise awareness even further, Brown became an ambassador for the Ministry of Social Development’s ‘It’s not OK’ campaign in 2018 – an initiative which aims to change how New Zealanders think and act towards family violence.

In collaboration with family violence centre Aviva Families, he also hosts a men’s anti-violence support group from his barbershop.

Since then he has delivered a TEDx talk in 2019, where he and his wife, Sarah, launched the concept of the movement and has facilitated a barber programme at youth justice facility Te Puna Wai O Tuhinapo at Christchurch Men’s Prison.

The number of men seeking help has increased since the movement took off on social media.

“Our communities are crying out for help, support and tools to see these cycles of abuse and trauma come to an end,” said Brown.

As a barber he has had a list of impressive clients including All Blacks to American hip-hop icons, Wu-Tang Clan.

This year he continues to work alongside the Department of Corrections as a patron.