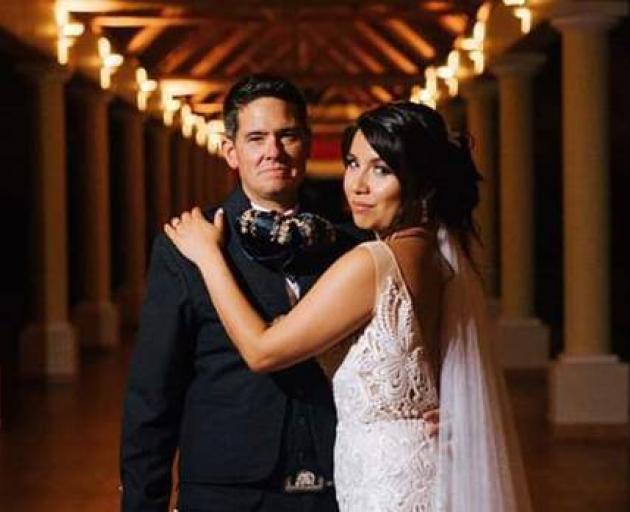 Tane Roderick and Sandy Bustos tied the knot in a dream wedding which included a Catholic ceremony in Playa del Carmen, Mexico, on January 5 last year. Photo: Supplied
Tane Roderick was living his happily ever after with his soulmate when he tragically died in a crash involving a tourist driver north of Dunedin.

Every morning he'd kiss his wife Sandy Bustos and tell her he loved her before he walked out the door.

There were also love notes written in bad Spanish, left for Bustos to find, encouraging her to have a good day.

Roderick was a hopeless romantic.

"We were soulmates. We completed each other in every way. My defects were his virtues and vice versa," Bustos said.

That world was shattered when the motorbiker was hit by a van on State Highway 1 last week.

The crash happened near Moeraki where Dunedin-born Roderick had spent most of his childhood holidays.

Since his death Bustos, who lived with Roderick in Auckland, has felt incomplete and "lost in a foreign country".

"He was my home and now I get to walk into just an empty house."

Roderick first met Bustos, who is from Mexico, when she joined the Fulton Hogan - John Holland Joint Venture in 2015.

He was a superintendent there and was a key element of the Auckland Electrification Project and Ellerslie Auxiliary Lane Project. She was an accountant for the Rail Division.

Roderick was humble, always smiling, and put Bustos, self-described as shy, at ease.

It was like they had already known each other for a long time.

"But really, he was friends with everybody," she said.

When Roderick's mother, Sally Wast, was diagnosed with cancer in 2017, the couple, who had been saving for a wedding in Mexico, decided to marry that year.

"Tane loved his mum more than anything and it was important for both of us that she was part of it."

They were legally married in a Queenstown courthouse on December 1 in front of their parents and siblings.

"It was a great day for both families to finally meet, even when our parents couldn't understand each other. Love goes beyond language."

Roderick went on to fight for his mother to get Keytruda treatment and by the fourth round she went into remission.

He finally had his dream wedding with Bustos, which included a Catholic ceremony in Playa del Carmen, Mexico, on January 5, 2019. 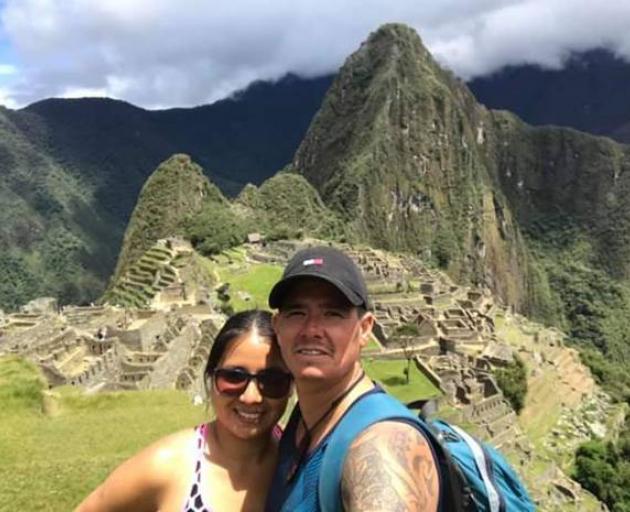 Tane Roderick, 42, and his wife Sandy Bustos first met in 2015. Photo: Supplied.
It was attended by friends and family from around the world, including Wast.

"I can say it was the happiest day of our lives. We danced non-stop," Bustos said.

"Tane amazed our Mexican guests with his moves and they thought I had taught him to dance but anyone from his childhood can tell you that he was born with the music inside."

She would always remember his face when she walked down the aisle accompanied by her dad, who sadly died three months ago.

"I could see all his love for me in his teary eyes and proud smile."

Roderick had an amazing impact on those around him and was quick to help others.

"We all gave Tane a call when we needed help, personal or work-related. Not because he knew it all, but because we knew the answer would be a quick 'Yes' and he would cancel everything to go and help," she said.

"He treated everyone the same, regardless of whether you were a general manager, a labourer, a neighbour or a stranger.

"Tane always pushed his team to be better and progress their careers or businesses."

Warm memories were shared at Roderick's tangi on Tuesday, time again people said that he was kind, funny, loving, generous and caring.

"Everyone agreed he lived his life to the fullest. You could fit three lives into Tane's life," Bustos said. 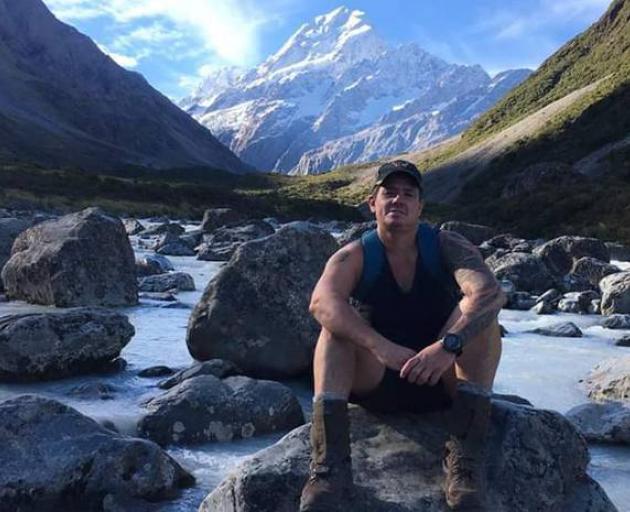 Tane Roderick died in a crash near Moeraki on February 6. Photo: Supplied
"He would never say no to a coffee, a movie, a road trip, a hike, a hunt, a party in downtown, a kids' party, a dancing lesson, an extreme sport, he was up for anything and everything.

Austrian kindergarten teacher Melanie Giesinger, who has pleaded guilty to careless driving causing Roderick's death, will be sentenced on April 8.

Daysh also indicated there may be an application for a discharge without conviction, given the possible "implications" for her client.

Since the crash, Giesinger has been on bail on the condition she surrender her passport and refrain from driving.