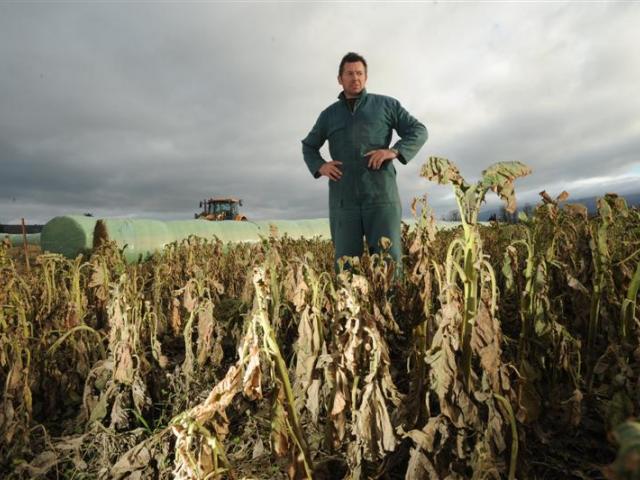 Taieri farmers are still counting the cost of the Otago Regional Council's decision to activate floodgates during the May floods.
The Waitaki District Council will discuss the issue of State Highway 1 at Big Kuri Creek, just north of Hampden, and at Richmond-Hilderthorpe - both sections of road closed recently due to flooding - with the New Zealand Transport Agency.

23 rural water schemes in the Waitaki district are operating again after many were closed because of flooding last week.

The cost of last week's flooding in Otago is expected to be millions of dollars, but the region's infrastructure seems to have escaped major structural damage.

Only one water scheme remains closed in the Waitaki district after torrential rain and major flooding last week shut down most of the 23 schemes throughout the district.

As Henley residents continue to clean up their homes and businesses after last week's floods, the costs of the event around Coastal Otago are starting to become clear.
The Otago Youth Adventure Trust's Berwick camp, damaged in a dramatic landslip a week ago, could be back in business sooner than anticipated, trust chairman Brian Pickard says. He hoped that instead of it taking months, the camp could reopen, in a limited capacity, in about a month.

It seems that, metaphorically at least, lightning really does strike more than once.

Canterbury Farmers on the coast near Waimate have given Environment Canterbury the thumbs-up for river-control work which helped them escape relatively unscathed from last week's heavy rain.

Police have been called after an attempt to sabotage the workings of the flood protection scheme near Outram early this morning.

Flood-stricken North Otago is bracing for a cold snap which is expected to bring snow to 300m this evening.

The next few hours could be crucial for the sodden South, as civil defence authorities nervously eye swollen rivers to gauge the effect of high tide.

Police have been called in by the Otago Regional Council to investigate the unauthorised propping up of floodgates along the upper Taieri ponding area as the river rose on Tuesday night.

State Highway One south of Oamaru has opened for the first time in two days as flood waters recede.

Waitaki District Council communications officer Scott Ridley believes he has appeared on every television network and radio station in New Zealand this week.

Key highways are open and river levels are dropping as the wet weather eases in the South.

The extent of the damage across flood-stricken Otago is starting to become apparent as swollen rivers fall and surface flooding recedes.

The rain might be over, but motorists in the Waitaki district have been reminded there are pot-holes and debris "everywhere" as a result of the prolonged flooding.

Authorities are warning that Portobello Rd is still closed despite appearances that the road has been cleared, and hope to reopen the road for limited use some time tomorrow morning.

The total clean-up cost for flood-stricken Otago will not be known for "days if not weeks" but is likely to be in the millions.