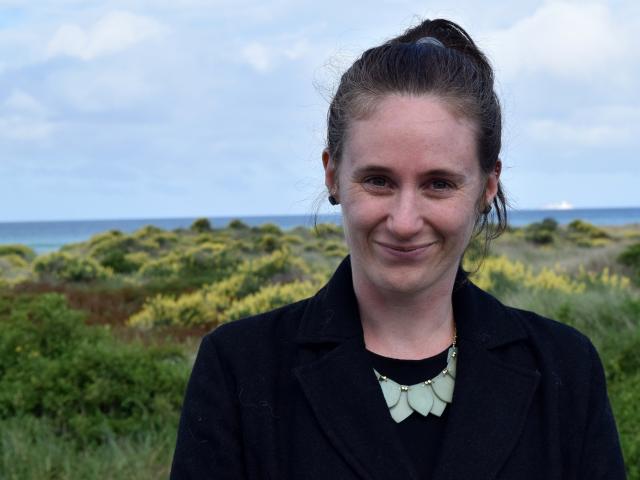 Leisa de Klerk raised concerns about trees falling on State Highway 1 at a Waikouaiti Coast Community Board last week. PHOTO: SHAWN MCAVINUE
A car was nearly crushed by a falling tree near the spot a Waikouaiti woman was killed in similar circumstances a week later.

Volunteer South manager Leisa de Klerk, speaking at a Waikouaiti Coast Community Board last week, said she was a passenger in a car travelling on State Highway 1, late last month.

A "massive" pine tree fell across the highway, near Apes Rd, and narrowly missed the back of the car.

Nobody was hurt in the incident, Ms de Klerk said.

The fallen tree covered the highway and blocked traffic in both directions.

She called police and left the scene.

Later she heard the tree was removed before police arrived and feared the incident might not have been logged or any further action taken.

When she talked to people about the incident, they dismissed it by saying "oh yeah, trees fall down all the time", she said.

If action was taken, a death from a similar incident might have been avoided about a week later.

Den Thi Baird (51), of Waikouaiti, died in a car crash after a tree fell across SH1, about 1km south from the spot where the mature pine fell.

She called for authorities to log all incidents of trees falling across roads in order to reveal the scope of the issue.

She did not know if the tree was on land owned privately or by the Dunedin City Council. 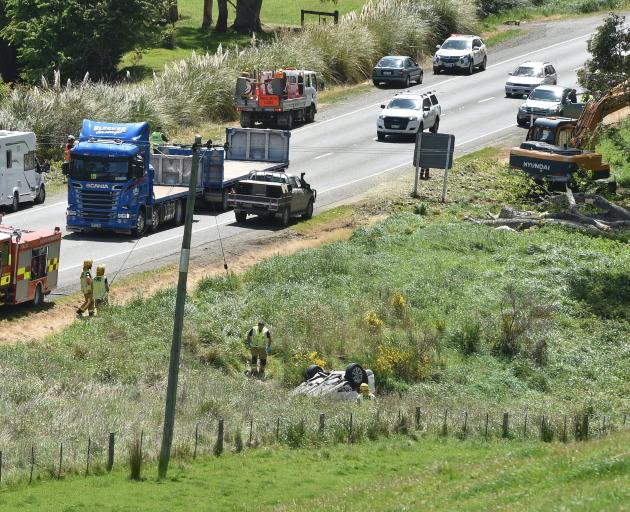 One person was killed after a tree fell on to State Highway1, south of Waikouaiti, earlier this month. PHOTO: GREGOR RICHARDSON
Board chairman Alasdair Morrison told Ms de Klerk the board would investigate further.

Later in the meeting, Mr Morrison asked Dunedin City Council maintenance team leader Andrew Lord about how the council dealt with the scenario of a tree on private property which posed a danger near a road, but where the landowner could not afford to hire an arborist.

"If they say ‘sorry pal I’ve got no money’ then what is going to happen?"

Mr Lord said if trees were believed to pose a danger, the council engages with the landowner by sending them a letter outlining the concerns.

He did not know who needed to be involved in a situation where a landowner could not afford to complete the required work.

Mr Morrison said he had concerns about the process.

"I can see that being a real problem — as all these letters are going backwards and forwards the trees are getting bigger."

Ms de Klerk was invited to speak at the meeting because she had moved to Waikouaiti about three months ago.

At the meeting, she talked to members about raising awareness about emergency volunteering.

"Emergency volunteering is about supporting established groups — we are not coming in to take over anybody’s roles. If they need any support during an emergency, they know who to call."