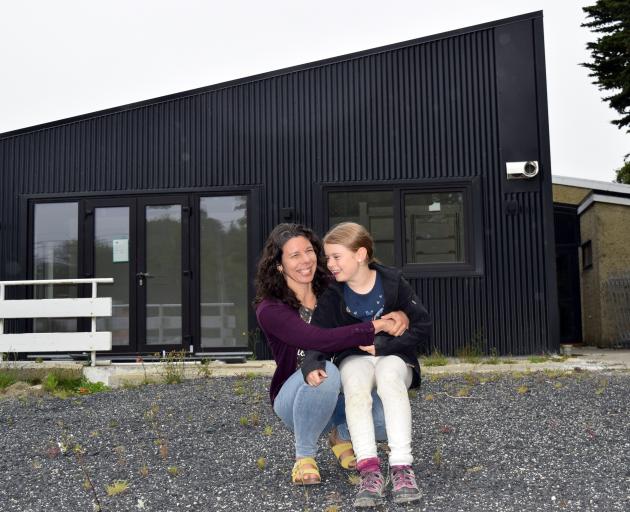 Sara Ferreira and her daughter Amelia Ferreira-Doherty (8) are set to move into a two-bedroom unit in the Toiora High Street Co-housing development in central Dunedin.PHOTOS: SHAWN MCAVINUE
Dunedin mother is "excited" about the prospect of moving into a co-housing development but acknowledges it would not be suitable for everyone.

When the Toiora High Street Co-housing development was proposed in 2013, Sara Ferreira’s

daughter Amelia was a baby.

She hoped contractors would finish the project so they could move into their two-bedroom unit in March this year.

The 24-unit development, on the 5000sq m site on the corner of High and Alva Sts in central Dunedin, was once occupied by High Street School.

The units were on separate titles and ranged in size from one-bedroom to five-bedroom.

Their unit was in part of a school building once used as a teachers’ tea room.

Ms Ferreira said she joined the project in 2016 after a friend — an architect who was working on the project — told her about the development. 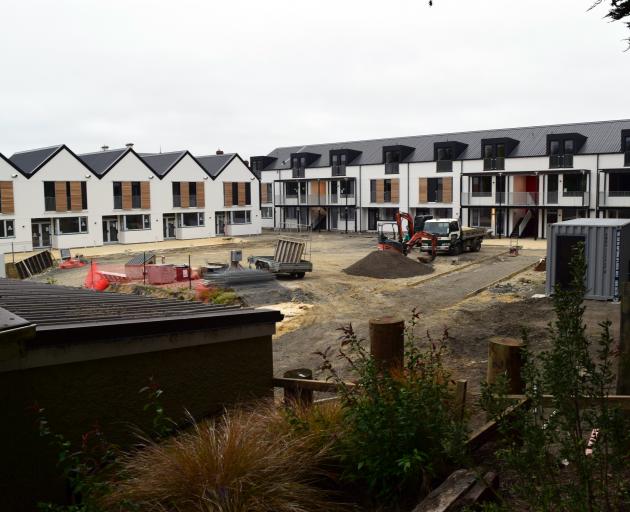 At first, the project sounded "a bit too radical and too out there for me", Ms Ferreira said.

Her outlook changed after she learned about the insulation and energy efficiency of the units.

"That brought me to one of the meetings and I just loved the feel of the people and how they respect each other ... it’s an amazing group of people so I’m very excited."

Ms Ferreira — who was raised in Portugal, had lived across Europe and now lived in Opoho — said houses in New Zealand were designed so neighbours rarely interacted.

As a single mum, life was busy and she struggled to find time to interact with people in her neighbourhood.

On the project, the unit owners had worked as a team and were able to achieve more than if they had been working as individuals on a building project.

"It’s been a long process but wow, look at what we’ve achieved."

The development had many shared common areas for neighbours to interact such as a central lawn, vegetable gardens, a kitchen, a dining area and a workshop.

The workshop would store tools for unit owners to share, reducing costs by having to buy and maintain one lawnmower instead of 24.

Being part of a co-housing project took "a certain amount of flexibility in terms of personal connection".

"Not everyone would be a good fit for this but if you are able to, then the benefits are unbelievable."