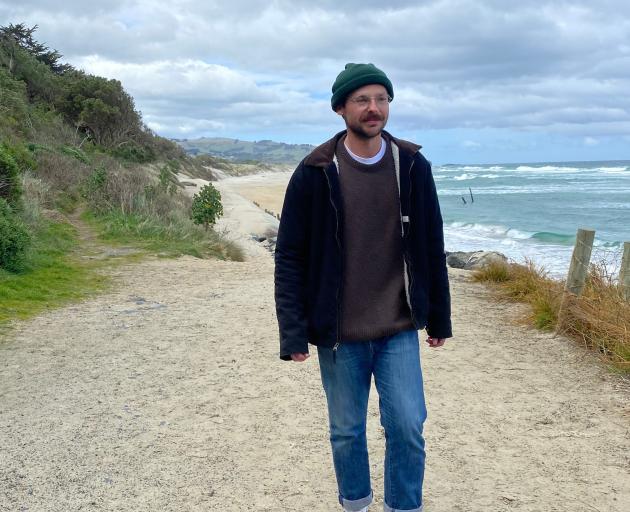 Dunedin man Blake Acklin walks regularly at St Clair Beach as part of his preparations to walk the length of New Zealand on Te Araroa Trail to raise awareness and funds for multiple sclerosis. PHOTO: BRENDA HARWOOD
Blake Acklin has a bucket-list adventure in his sights — walking the 3000km Te Araroa Trail the length of New Zealand. The epic tramping trail, which stretches from Cape Reinga to Bluff, is not only a personal challenge for Mr Acklin, it is a chance to raise awareness and funds for a cause dear to his heart — multiple sclerosis.

The keen tramper, who  has early-stage relapsing remitting multiple sclerosis, plans to begin the   trail in the middle of this month, starting in the Far North, Covid-19 permitting.

‘‘I am planning on giving myself four or five months to walk the trail, and I’m really hoping to be able to start at Cape Reinga,’’ Mr Acklin said.

Mr Acklin was on his OE in Germany in 2017 when he was first diagnosed with MS, at the age of 24.

After waking up with blurry vision and feeling very weak, he underwent five days of tests in hospital before being diagnosed with relapsing remitting multiple sclerosis. 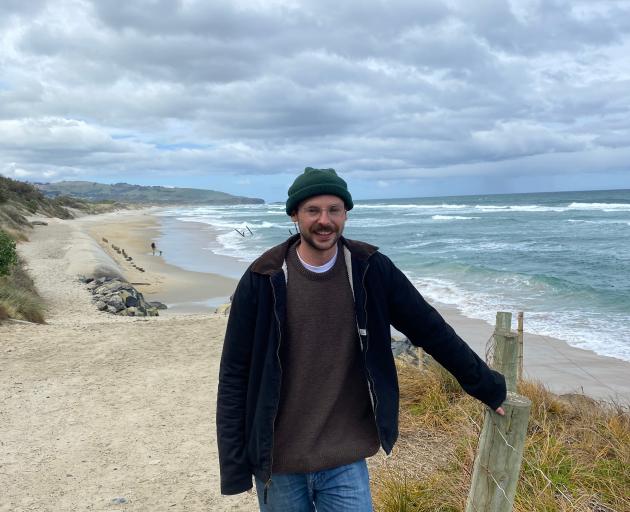 Blake Acklin
His understanding of MS back then was based on a great aunt and a character on Shortland Street who rapidly deteriorated from crutches to a wheelchair.

The diagnosis came as ‘‘a kick in the guts’’.

‘‘At the time, I felt robbed of my youth, betrayed by my body, and that it was only a matter of time before I would be in a wheelchair,’’ Mr Acklin said.

Five months after the diagnosis, Mr Acklin returned home to New Zealand and was lucky enough to live relatively unaffected by MS symptoms.

However, in October last year he had his second relapse, losing feeling down the right side of his body, but he has since bounced back.

The relapse allowed him to qualify for disease modifying therapy (DMT) to stabilise his condition.

‘‘Looking back over the time since my diagnosis, I feel I have learned a lot about myself — what I really value in life and how I want to prioritise my time.’’

He had also learned a lot more about MS, how varied it is from person to person, and had got to know many ‘‘amazing people’’ along the way.

A keen tramper, Mr Acklin does volunteer trapping work for Dunedin’s Halo Project, and is hoping to work towards a career in conservation.

‘‘I have wanted to do the Te Araroa Trail hike for years, and now feels like a good time to do it,’’ he said.

Mr Acklin has upped his fitness training, and is working on gaining strength in order to cover 20km to 40km of the trail each day.

Over its 3000km length, the trail covers all types of New Zealand terrain, from 90 Mile Beach to dense bush and alpine areas.

As part of his preparations for the massive hike, Mr Acklin recently launched a Givealittle fundraising page for MS Otago and MSNZ, with a goal of $10,000.

So far, he has raised $5656 and has received many positive messages of support.

‘‘Already, this project has been very rewarding on a personal level.’’

He plans to walk much of the trail alone, although his partner Jess Hoskins and friends will join him on some of the sections.

‘‘I would also like to link up with regional MS societies to help raise awareness in their areas.

‘‘Hopefully, through sharing this journey, we can highlight a story of hope especially for those newly diagnosed and their loved ones.’’