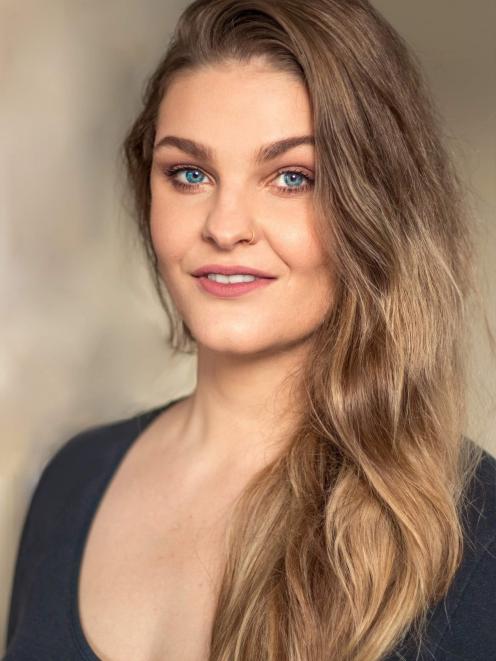 Rhiannon Cooper
Dunedin-based soprano Rhiannon Cooper was thrilled to be invited to join some of her musical heroes on stage for the Dunedin Symphony Orchestra’s first concert of the year.

Cooper, who recently completed a bachelor of music (hons) in classical voice at the University of Otago and has been accepted in the master’s course, is just embarking on her singing career.

So getting the chance to sing alongside international opera stars Anna Leese and Simon O’Neill in the orchestra’s "Celebrating 2021" concert was a real thrill, Cooper said.

Opera is at the heart of Saturday’s planned concert programme, with highlights from Bizet’s Carmen, Beethoven’s Fidelio, Verdi’s Otello and Mozart’s Idomeneo

Cooper will perform in both the Verdi and Mozart works.

"It’s going to be my first concert with an orchestra of the size and quality of the DSO, so I am going to be nervous, but it will also be a fun concert to be part of," Cooper said.

While she is now firmly placed within the opera tradition, Cooper was originally interested in musical theatre — first at high school in Whangarei and then in her early studies in Dunedin.

"However, it became clear I was better suited to classical singing and opera, so that is where my journey is continuing," she said.

As she embarks on her master’s studies, Cooper will continue to work with classical voice lecturer Dr Tessa Romano and Prof Terence Dennis.

"I feel very fortunate to be working with them, and I know that there is a lot more I can learn from them."

It’s a busy life for the young singer, who plans to complete her master’s part time, while working full time in a client services administration role.

"It’s going to be full on, but I feel I can manage it all around my work," she said.

In recent years, Cooper has performed with Opera North and the New Zealand Youth Choir, and late last year joined Dunedin’s Octagon Ensemble, which has Dr Romano as its artistic director and vocal coach.

She is looking forward to singing in next month’s "She Sings: Songs of Truth, Hope & Joy" concert.

Whether the Dunedin Symphony Orchestra’s "Celebrating 2021" concert, featuring Cooper alongside Anna Leese, Simon O’Neill and City Choir Dunedin, conducted by Kenneth Young, goes ahead this Saturday night at the Dunedin Town Hall, is dependent on Dunedin being at Alert Level 1 or lower.