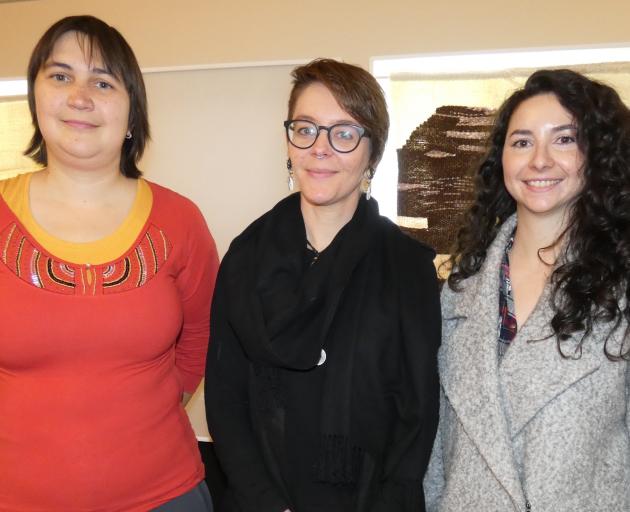 Making sense of bryozoans are (from left) Yuta Tamberg, Hannah Mello and Katerina Achilleos.PHOTOS: SIMON HENDERSON
If you carefully study the structures found in Oamaru stone, the remains of delicate yet beautiful marine organisms can be seen.

The beauty of bryozoans is being explored by University of Otago department of marine science professor Abby Smith and her research team. 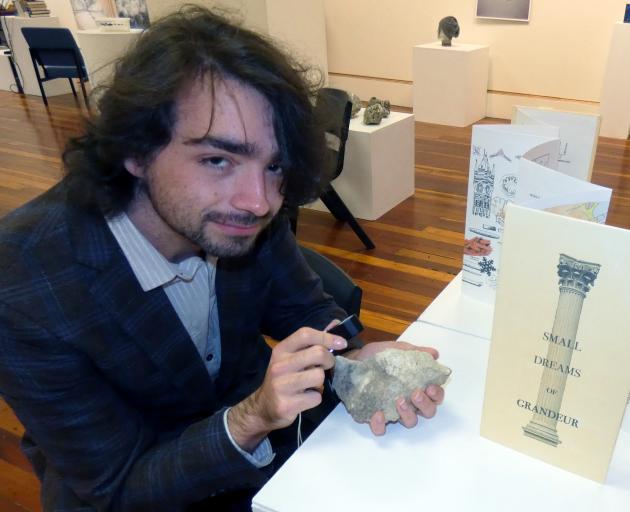 Masters student Tyler Feary studies a rock next to a book of drawings of bryozoans created by artist Katherine Steeds.
"They grow their boxes together to make colonies so that they can work together."

"If one of them doesn’t catch anything to eat that day it is connected to its neighbours so it can get fed."

The colonies were housed in shells made of carbonate and over a period of about 36million years they broke down into sand and eventually were formed into sedimentary Oamaru limestone.

"All that beautiful creamy limestone that makes up Oamaru ... all of that is squashed down bryozoans, zillions and zillions, quadrillions of squashed bryozoans."

"Sometimes if you go right up close and look at a piece of rock you can see the little branches and you can see it was once little critters," Prof Smith said. 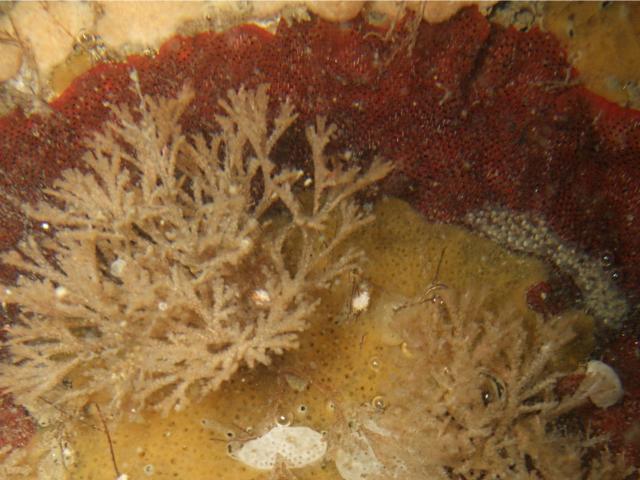 "I’m looking at how climate change and ocean acidification will possibly affect it in the future."

It was found in Otago harbour growing on piers and wharves, and although tiny, grew quickly.

"It is actually invasive so I am experimenting to see how invasive it will be in the future."

Ms Tamberg said field trips in the ocean off the Otago Shelf and to Stewart Island were some aspects about her research she enjoyed.

Ms Mello said bryozoans could be seen on the sea floor and growing on things like kelp, as well as items like buoys floating in the ocean.

They could even grow on other animals.

"Basically any thing that is hard and stable."

Ms Achilleos has been studying the distribution and growth of the species of bryozoans that exist in New Zealand.

"And also gene expression to try to understand how their skeleton is formed."

The wonder of bryozoans was explored at the recent eighth Art + Science Project — Earth: Caught in Stone at the Dunedin Community Gallery.

Prof Smith connected with artist Katherine Steeds on an accordion book called Small Dreams of Grandeur, a collection of drawings inspired by the complex and varied forms.