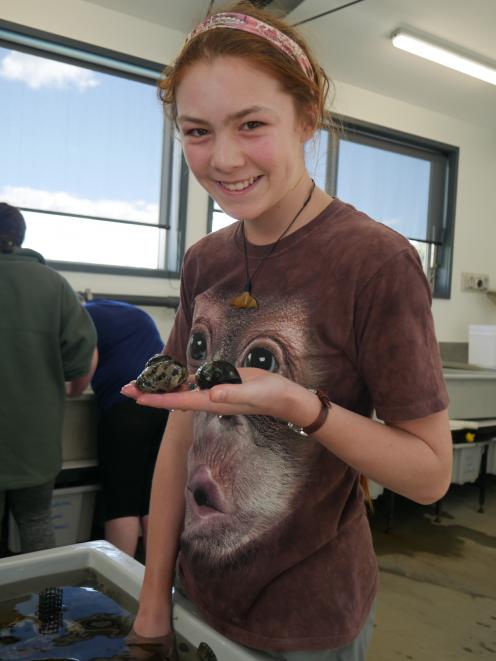 Pupil Nina Zink (13), of Te Anau, holds a cat's eye snail at the New Zealand Marine Studies Centre, in Portobello. PHOTOS: JESSICA WILSON
Holding starfish, dissecting a shark and making merchandise is all in a week’s work for a group of school pupils.

The programme was based at the University of Otago’s New Zealand Marine Studies Centre, in Portobello.

On Friday pupils were preparing for their visit to the Farmers’ Market on Saturday.

They were creating merchandise to sell, such as coasters and cards using New Zealand native species, and preparing the "touching tanks".

The Aquavan took three tanks to the market so the public could get up close and personal with some marine life.

Marine studies centre educator and aquarist Rob Lewis said the Aquavan was a great way to take marine studies to inland parts of the country. 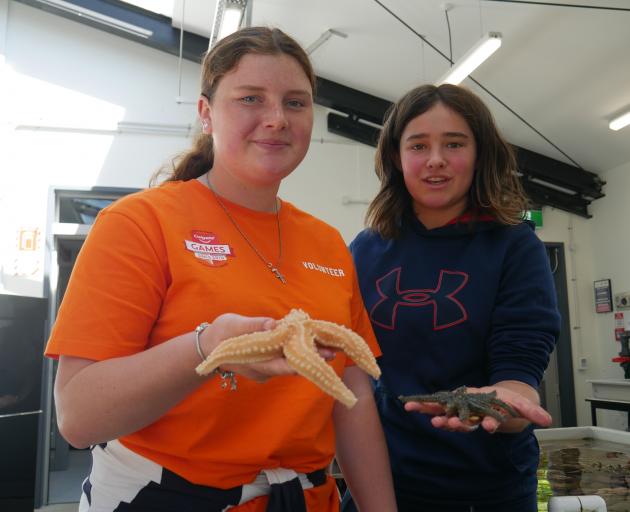 Nora Quigley (15), of Timaru, said it was inspiring to be around people who were passionate about environmental conservation.

Hearing other young people’s ideas and initiatives to look after the environment reassured her that she was not "a bit crazy", she said.

Nora, who is part of other environmental groups, said her favourite activity was the touching tanks.

Some of the animals in the tanks included star fish, crabs and snails. 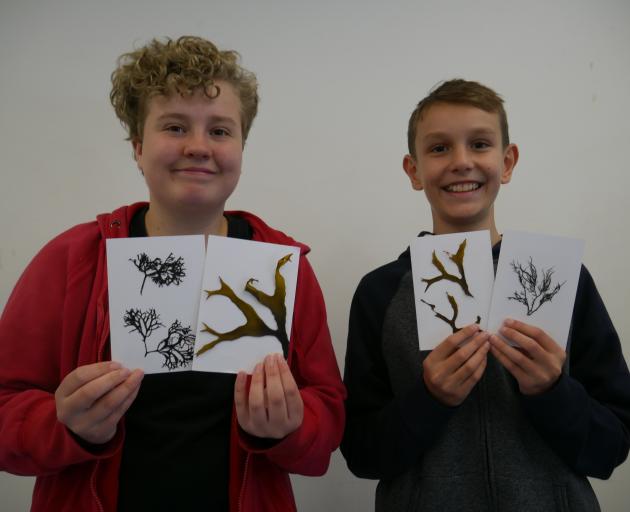 Casey Halcrow (15), of Dunedin, and Grzegorz Twardowski (13), of Mosgiel, made cards with seaweed on the front and a fact sheet of information about the seaweed inside.

The seaweed had been dry-pressed so they were able to glue it.

Casey signed up for the programme because she had always been interested in animals and biology, but had spent most of her time learning about land or fresh water animals.

She wanted to learn more about marine animals and climate change.

Earlier in the programme the pupils went out on a boat hoping to capture images of a shark on camera.

Although they did not see any, the group did dissect a shark.