Eye on the cow to solve lameness 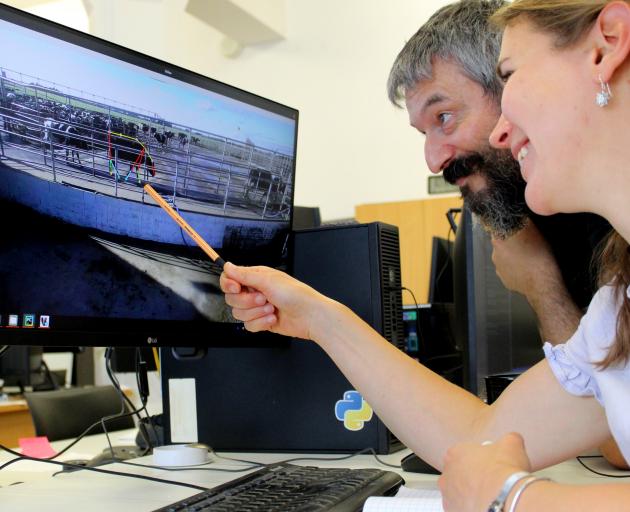 What do you call a cow that cannot produce milk? A milk dud.

Joking aside, having productive cows is big business and a Dunedin company is using artificial intelligence to improve herd health and yield.

OmniEye uses machine learning to observe and report lameness in every single cow in the herd.

A camera mounted at dairy farm exit races recorded the movement of cows as they left the milking platform.

The gait of the cow was recorded each day and given a score on how healthy or lame it was.

This information was provided to farmers, who could actively intervene by engaging veterinarians at an early stage, mitigating further problems quickly, Mr Auvray said.

"If you can detect it early, that is actually when you are able to make savings."

The system used DairyNZ’s lameness scoring system, which rated cows from 0 (no lameness) to 3 (severe lameness).

Veterinarians and experts in lameness scoring viewed and rated a large number of videos recorded by the software.

Omnieye’s video observation system is able to monitor changes in a cow’s gait. GRAPHIC: SUPPLIED
Machine learning was then used to "teach the system" to interpret the movement of the cows in the videos based on the criteria set by the experts.

The advantage of computer observation over a human specialist was the machine was tireless and able to run constantly, Mr Auvray said.

Every day, every cow could be monitored and recorded, and daily differences could be rapidly detected.

As use of the system expanded, the amount of data being captured across farms enabled the system to become more accurate to the benefit of all using it.

"So the more farms we have, the more the models can be used across all the farms."

It was bad for the cows to be suffering and bad for the farmer’s morale if they had multiple sick animals on the farm.

But it also had a "big financial impact", Mr Auvray said.

Each lame cow could cost the farmer on average $650.

If a cow was being treated with antibiotics the milk had to be discarded and in extreme cases a lame cow might even need to be culled.

In New Zealand the annual incidence of lameness was about 20%, "which means about 20% of your cows will get lame once a year".

That translated to about onemillion cows becoming lame every year.

"So if you multiply that by $650 you have got over a half a billion-dollar loss by the industry."