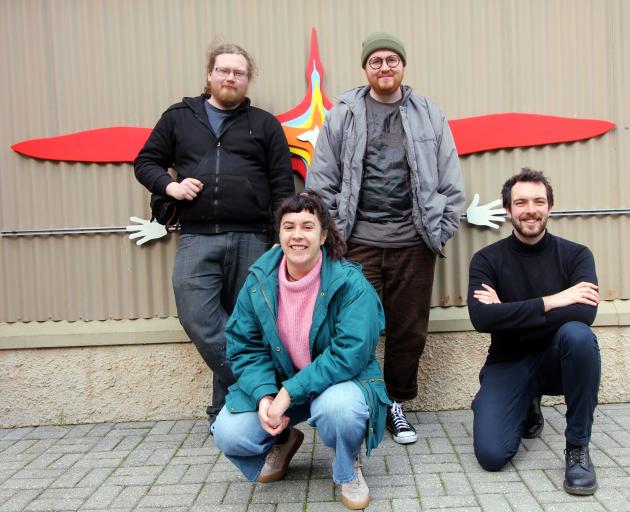 Atawhai Interactive Ltd game developers (from left) Max Howard-Martens, Lisa Blakie, Connor Bridson, and Mickey Treadwell, are delighted to have Code funding to prototype their albatross flight game Toroa. Absent: Taikawa Tamati-Elliffe. PHOTO: SUPPLIED
The peace and joy of flying across the Pacific on the giant wings of the toroa-albatross await players of the interactive game Toroa, now in its prototype phase.

The game is the brainchild of the Dunedin-based team behind Atawhai Interactive Ltd, who received $36,100 in the first round of Code Kickstart funding.

Ms Blakie said it was "awesome" to finally have the game concept "out there in public".

The team had been working on it on a part-time basis, since a post-lockdown wildlife cruise last year brought the chance to see an albatross take off from the water. 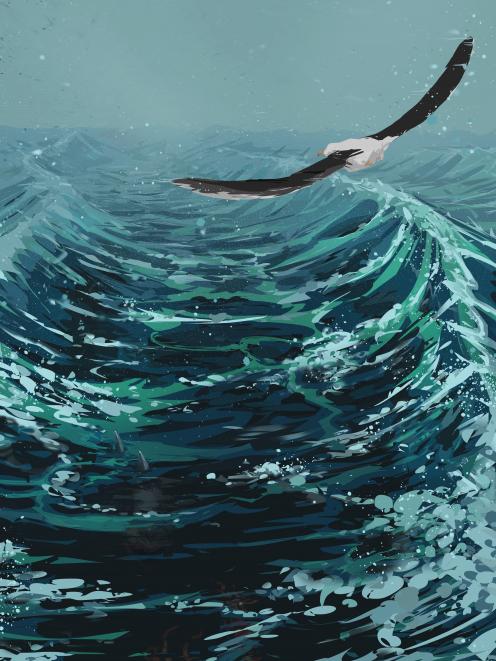 "We were so impressed and thought it would be so cool to be an albatross, and the game concept flowed from that," Ms Blakie said.

Toroa is an atmospheric adventure game where the player takes the role of the toroa-albatross gliding across the Pacific Ocean on its journey back to Taiaroa Head to reunite with its chick.

A storm is brewing on the horizon, just one of the many obstacles for the toroa to face.

The player encounters gulls, petrels and shags on the wing, meets ocean creatures such as sea lions and humpback whales, and feasts on squid underwater.

Ms Blakie said the art style of the game would be 3-D but minimalist, with highlights of "what makes nature magical".

Rather than gathering points of completing tasks, the all-ages game would be an experience for the player.

"We want it to be peaceful and invoke the joy of flight — it will be a place for the player to chill."

The $36,100 Code grant was invaluable for the project and would help cover general costs as well as sound and audio for the game, cultural consultancy and marketing.

"There is no way we would be able to do this without it [the grant], we feel very lucky," she said.

The team hopes to complete the Toroa game prototype by the end of the year.