Locks lopped for a cause 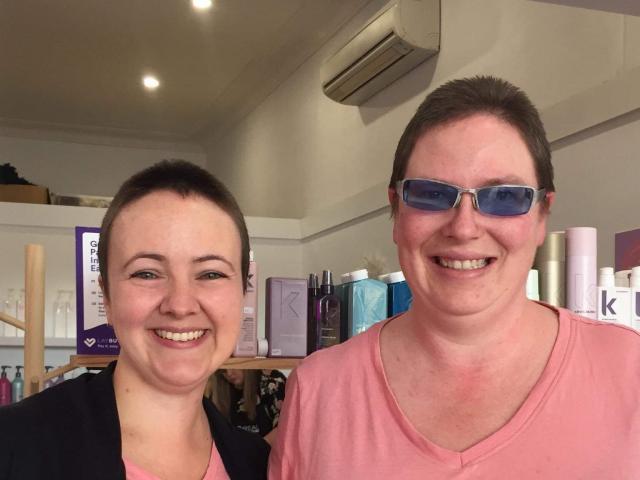 Friends Kat Hammerstein (left) and Janice Naziris shaved their hair off to raise money for the Breast Cancer Foundation. PHOTOS: SUPPLIED
A Concord woman has got the haircut she has dreamed of while raising money for charity.

Janice Naziris and her friend Kat Hammerstein, of Mosgiel, shaved their hair off for the Breast Cancer Foundation at the weekend.

"It feels like nothing’s there now," Mrs Naziris said.

Shaving her head had been on her bucket list for the past eight years, after she saw other people doing it to raise money.

About four years ago, she heard about Freedom Wigs — a Dunedin business which makes wigs for people with hair loss. 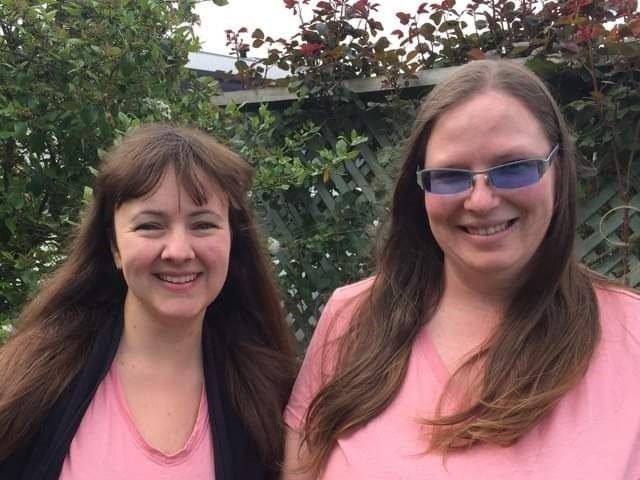 Hair had to be natural — not coloured — so from then, Mrs Naziris started to grow her hair out so it would be suitable to use.

She thought that if she was going to shave it off, she would do it for a good cause.

She met Ms Hammerstein, who had hair about the same length, and they decided to do it together.

They opted to raise money for the Breast Cancer Foundation because they had family members who were battling, or had fought, the disease.

On Saturday, they had their hair done at Dream Hair Boutique, in Mosgiel.

Mrs Naziris said she was a bit nervous beforehand, but it was a dream of hers to get it done.

"People say that we are brave [but] I don’t feel that.

To give, go to takeaction.org.nz.