New book shares stories of life with a brain injury 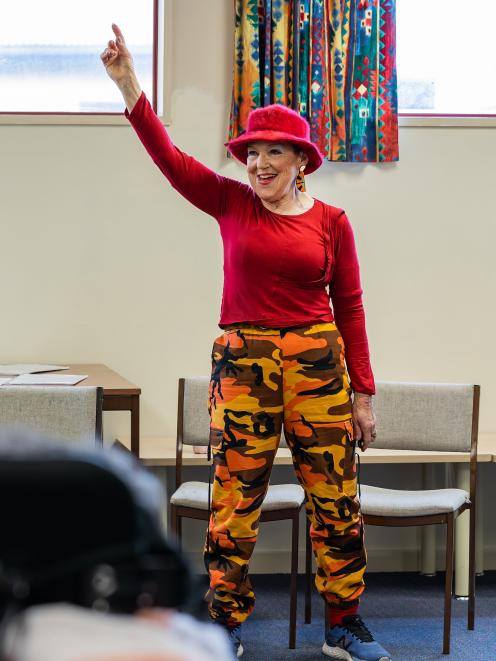 Brain Injury Association Otago Singing for Fun group member Beverley Livingstone loves the experience of singing alongside others and tells her story of living with a brain injury in a new book. PHOTO: SIMPLY STORIES
Dunedin woman Beverley Livingstone shares living with a brain injury and her love of community and singing in a new book released by the Brain Injury Association Otago.

Entitled Our Stories — Living With a Brain Injury, the book features the personal experiences of seven southern people as they live with the day-to-day challenges of having a brain injury.

Resilience has been vital for Ms Livingston, who has lived with a brain injury since being the victim of domestic violence more than 10 years ago.

She initially struggled with very slurred speech, making it difficult to communicate day-to-day and with organisations such as ACC.

Things improved after Ms Livingstone connected with the Brain Injury Association, and it was with the support of liaison officer Cathy Matthews that she had further assessment done, which revealed a brain tumour the size of an orange.

After surgery to remove it, she recovered quickly and was doing very well, until she was diagnosed with breast cancer 10 months later, requiring more surgery and work on recovery.

"For me, resilience, a positive attitude, and working on my fitness have been absolutely vital," Ms Livingstone said.

"I have made huge improvements in thinking, co-ordination and stamina — life is good."

About five years ago, Ms Livingstone accompanied a friend with Alzheimer’s along to the association’s Singing for Fun group, which meets on Monday mornings under the direction of Clare Adams.

"Singing is not only fun, it’s really good for people in terms of breathing and concentration — we just loved it," she said.

Alongside taking part in the singing group, Ms Livingstone is active in the community, volunteers for local churches, and can often be seen out and about, dressed in bright colours and walking a pack of small dogs.

Mrs Matthews, who features in the book, said the project to produce Our Stories — Living With a Brain Injury began a couple of years ago as a way to encourage clients to talk about their lives.

The organisation was able to secure funding to work with local group Simply Stories, which recorded clients’ stories, shared them online, and wrote them up for the book.

"The feedback we have had about the stories has been fantastic — people have found them very inspiring," Mrs Matthews said.

"And that’s what we want the book to show — that people can get back into life, and enjoy living, because you are only hereonce.

"We are very keen to raise awareness of our organisation, and to highlight that life doesn’t end with a brain injury," she said.