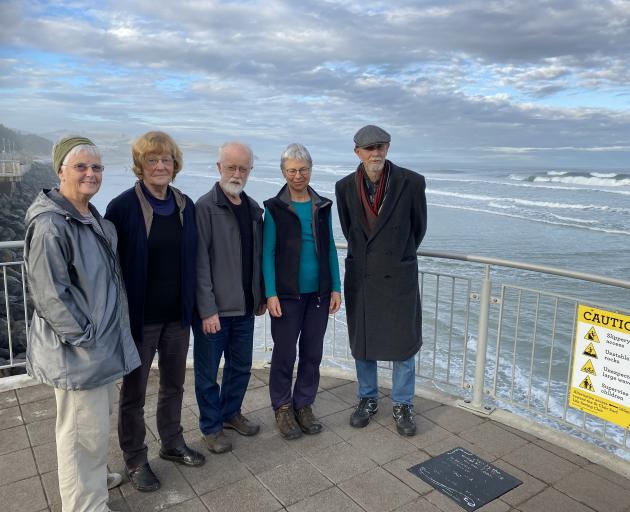 The Dunedin group, which was formed in 2014, works to increase awareness in the community of the implications of climate change on our way of life, and how we can take action to mitigate it.

The group supports the Dunedin City Council’s goal of reaching Net Zero emissions by 2030, and submitted in support of this goal to the council’s 10 Year Plan process.

"Education is so important, because people need to know what real risks of climate change are, and why we need to change our approach," she said.

So far this year, the group has also made submissions to the Government’s climate change and building codes consultations.

Group member Polly Mason said Scan had also worked with the Centre for Sustainability at the University of Otago to distribute the "Communities and Climate Change" pamphlet, which explains issues of sea level rise in an accessible way, using cartoons.

"It’s great to be able to collaborate with organisations like that, and projects like this pamphlet are great for awareness," she said.

Topics of interest vary among group members, who keep each other informed of the latest issues, and opportunities for lobbying, submissions and direct action.

Retired academic Ivan Johnstone, who devoted his career to issues of sustainability, is keen to highlight the major issue of transitioning from fossil fuels.

"What many people don’t understand, is that we will have to use fossil fuels to support the transition [to green energy] at the same time as we need to reduce our fossil fuel use,’ Mr Johnstone said.

"This is not going to be an easy path — we are going to have to do it tough.

"And there will not be enough materials to build billions of electric cars, so we are going to have to electrify public transport," he said.

Group member Sue Novelle said it was vitally important to encourage and educate the community on living a good life in a sustainable way.

"We are going to have to simplify our lifestyles to reduce our emissions as communities, and live within our limits," she said.

Group member Neil James said there was a lot of misinformation out in the community, and many people needed help understanding climate change issues.

"If we continue down the path we are on, all with cars and so on, we will eventually no longer have a livable world," he said.

"And there is also an inequality of effect — the people who have the least suffer the most."

Ms Peacock said the Scan group had many interesting discussions about the issues, but were also active and attended events, as well as maintaining links with the younger generation.

"Climate change action starts at home with the family," she said.

●After taking a short hiatus last year, due to the Covid-19 pandemic, the Seniors’ Climate Action Network is rebuilding this year, and is keen for new members to join.

Interested people are welcome to come along to its next meeting, to be held on Tuesday, June 15, from 2pm in the McNab Room, City Library.