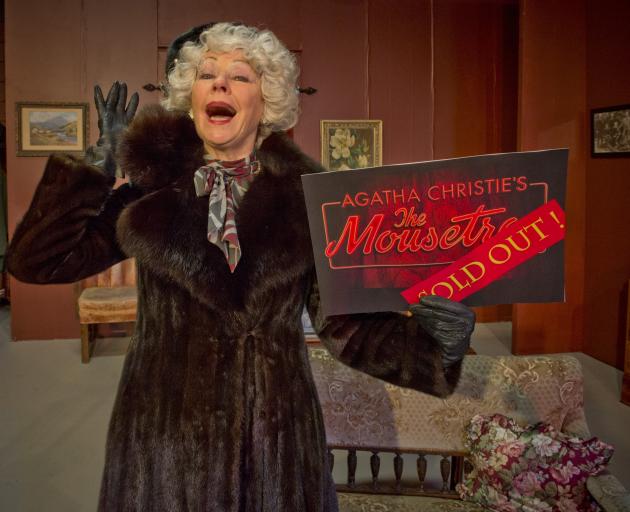 Under the direction of Dylan Shield, a sterling cast worked solidly together to bring the twisting, turning mystery to life.

Kimberley Buchan and Alfie Richardson are a strong duo as the Ralstons, bewildered hosts of a house party gone spectacularly awry.

Terry MacTavish is wonderfully stern as the humourless Mrs Boyle, giving Zac Henry a good foundation to bounce off as the flighty Christopher Wren.

Chris Cook gives plenty of energy to the role of Sergeant Trotter, straining to solve a very devilish murder mystery.

Dialogue is secure and strong throughout the piece, keeping the story rolling along and the audience engaged throughout.

Costuming nicely evokes the early 20th century and the staging depicts the great hall of Monkswell Manor. This is where all of the (visible) action takes place, with doorways leading variously to outside, the kitchen and the drawing room, where other events unfold unseen.

While it is very much of its era, The Mousetrap is an enjoyable excursion into the mysterious mind of one of the world’s greatest crime writers, and this production definitely does it justice.

The Mousetrap continues at The Playhouse until this Saturday.