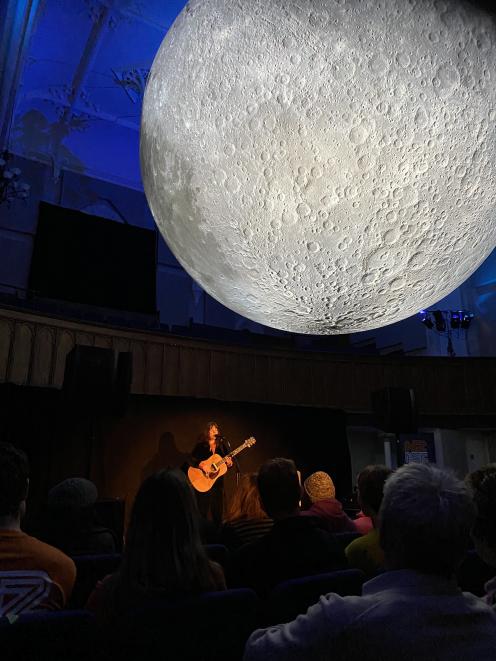 Festival director Dan Hendra was delighted with the success of the festival, which had many sold-out events and high attendance levels across the board.

Two new events, the ‘‘Our Moon’’ exhibition and associated events and the Virtual Reality and Gaming Centre, attracted more than 5000 people, he said.

‘‘We structured the Virtual Reality and Gaming Centre so that people got to spend half an hour experiencing the games, and that worked really well,’’ Mr Hendra said.

The ‘‘Our Moon: Then, Now and Beyond’’ exhibition at Hanover Hall, featuring a 4m replica moon created by British artist Luke Jerram, had caught the imagination of many people.

‘‘The events we had around the moon, such as yoga, children’s story time and two performances by Tiny Ruins, were all very popular,’’ he said.

‘‘Every morning, we had 40 to 50 small children listening to stories under the moon — it was pretty special.’’

Innovations, such as the walking trail around the central city to venues and events, had also proven popular.

The programme of talks and sessions for adults, hosted by Petridish in Stafford St, had also been a great success, attracting between 65 and 120 people each night.