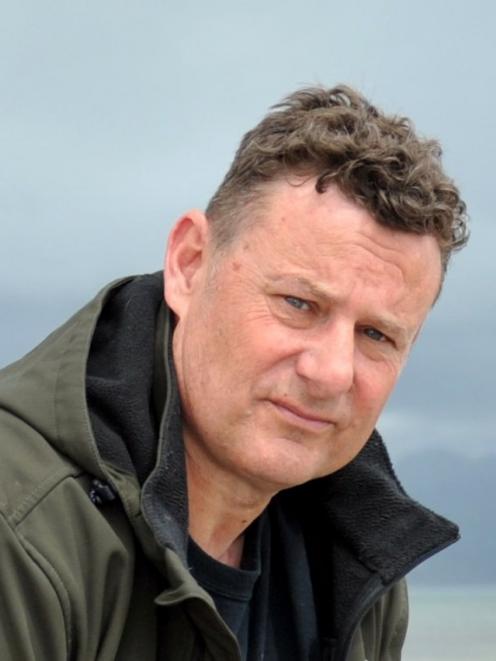 Paul Pope
The behaviour of locals on a shared pathway is not the issue, a community leader says.

Speaking at the latest Otago Peninsula Community Board meeting, board chairman Paul Pope talked about the peninsula’s shared pathway in response to a story in The Star on November 4.

University of Otago students conducted research into walkers’ and cyclists’ behaviour on the pathway and discovered there was ‘‘significant conflict’’ between the two groups, exacerbated by the Covid-19 lockdown and restrictions.

They researched literature on national and international shared pathways, interviewed nine walkers and cyclists and read Otago Daily Times letters to the editor.

‘‘You can’t statistically find something significant in a sample size of nine,’’ Mr Pope said.

During last year’s lockdown, it was common to see 40 to 50 people ‘‘peacefully co-existing’’ on the pathway section between Portobello to Broad Bay, he said.

This year, police checkpoints were set up on the pathway in Macandrew Bay, Vauxhall and Portobello because ‘‘people were breaking the rules around lockdown’’.

The conflict was not about users, it was between locals and people who were travelling from as far afield as Mosgiel and Green Island to use the pathway.

‘‘Plus we were inundated also with sightseers in vehicles.’’

There needed to be signs indicating shared pathway etiquette at the start of the pathway, Mr Pope said.

Dunedin city councillor Andrew Whiley suggested signs could be installed at Bayfield Park as many people started their journey there.

The Dunedin City Council would launch a campaign this summer promoting safe use of the city’s shared pathways.

That would include installing decals on the city’s networks which encouraged people to be considerate, keep their dogs close, keep left, listen out for other users and be heard.

The campaign would also be promoted on social media.

The council was also looking at guidance from the NZ Transport Agency.

I am a regular walker for over 2 years of the cycle pathway on the other side of the harbour from town down to St. Leonards, and soon all the way to Port Chalmers. In all that time I have never had a problem with other walkers, dogs, or cyclists. Most people say hello passing by, and cyclists ring their bell when nearing a walker from behind to let them know they are there. It's all basically standard politeness so what is wrong with the people on the other side of the harbour ?

Mr Pope says the path is not an issue. I am a local living in Macandrew Bay and the path is so dangerous due to cyclists that my family does not use it. Perhaps Mr Pope’s analysis of the issue should be given the same weight as he has given the students report and that it meaningless.

Mr Pope does not appear to realise the the footpath was built as an attraction for wider Dunedin and even international users. The $20 million or so of ratepayers money was not spent for the amusement of the local peninsula community. The only problem is that it was not built fit for purpose and is now a dangerous liability.

People walk about 5mph / 8kph. No vehicle should be sharing the path with people at more than double that speed. So come on DCC, place a 15kph speed limit on cyclists.
No one needs to be shunted off the path by lycra clad fools who think they are on a racetrack.
Or is it only cars that need to be controlled?

I live on Portobello Rd. I take my dog walking every day and most of the time it works beautifully. The problem is, the pathway is a bit narrow for people or bikes to safely travel side by side. From what I have seen, it's not any one demographic, it's people who forget this is effectively a public road and are not paying attention. Other comments: 1. I always walk my dog on the sea-wall side, he enjoys the pee-mails in the grass, he is less bothered by vehicles and we take up less of the walkway. The two of us can step right off the asphalt if needed. It does mean he walks on both sides of me but he is not bothered. 2. Bikes should all have a classic bike bell (tinkle tinkle) sound to warn pedestrians if necessary. Other sounds can be confusing. 3. The path could have a bikes/pedestrians line painted along it although I expect the dividing ratio would cause huge disagreements. 4.
Some people like to pick on people dressed in Lycra riding expensive bikes. To me, most of them are good observant riders and once their speed gets up, use the road anyway.
The pathway has its faults but compared to what was their before it is an amazing asset for Dunedin.