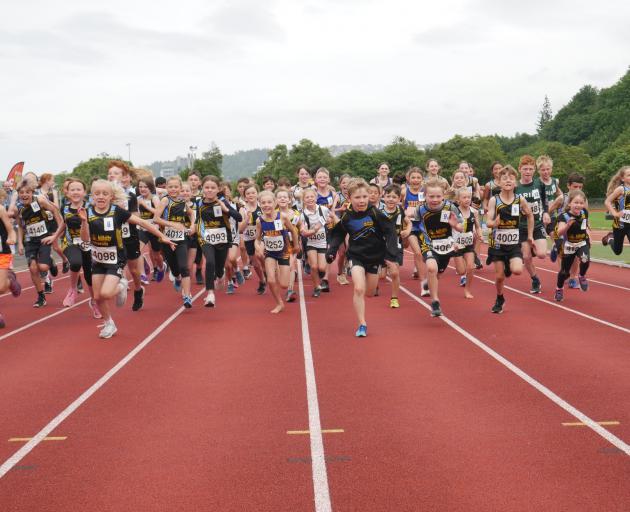 The Otago contingent of athletics who will compete in the South Island Colgate Games, which start in Invercargill tomorrow. PHOTO: JESSICA WILSON
Dunedin’s top junior athletes are set to take part in a South Island event.

The South Island Colgate Games will be held in Invercargill from tomorrow until Sunday.

More than 120 athletes from Dunedin clubs will compete, including about 60 from Hill City-University Athletic Club.

Athletes Lucas Wharepapa (11) and Sammy Cotter (8) will take part for the first time.

The 100m sprint was his favourite event, he said.

Sammy, of Caversham Harrier and Athletic Club, will line up in the discus, shot put, 60m, 100m and 200m competitions.

Discus was her favourite event because "it’s fun and I am really good at it", she said.

She enjoyed taking part in athletics, so was looking forward to competing.

More than 820 athletes from 69 clubs from around the South Island will take part in the games.

The Colgate Games are about celebrating sport and encouraging participation.

They provide junior athletes with a chance to try new sports, compete at a high level and make new friends.