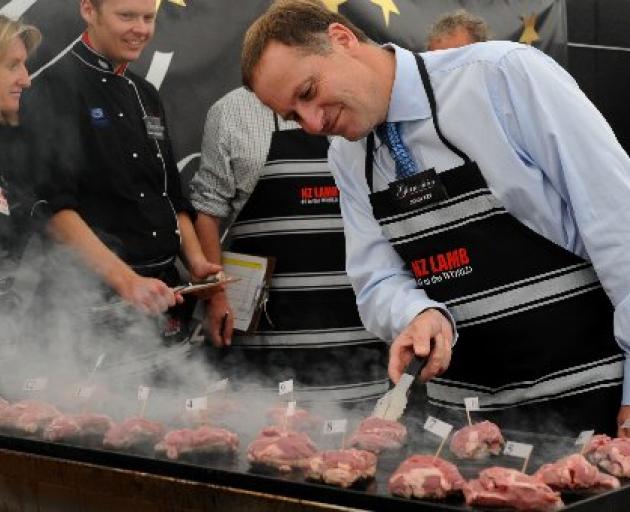 John Key
Mass job losses are being predicted as the economy continues to deteriorate, with up to 60,000 people expected to lose their jobs in the coming year.

"Following the [deterioration] in the economic activity outlook, expectations for the labour market have worsened and have become more consistent with reduced standard deviations," the New Zealand Institute of Economic Research (NZIER) said in its latest consensus forecasts.

On average, the unemployment rate was forecast to reach 7.2% in March 2010, and remain at that level in the following year, NZIER said.

A Mercer global survey released yesterday showed New Zealand and Australian companies were taking the opportunity during the recession to reduce staff numbers in under-performing areas and replace them with higher quality people.

Almost half of the transtasman respondents planned to hire key talent, while at the same time reducing their overall workforce for the rest of the year.

Fifty seven percent of the transtasman respondents planned to make further workforce cuts this year, but only 1.2% would make cuts of 10% or more.

In the next six months, 46.5% planned to freeze salaries at 2008 levels, but 53.4% would make pay increases as planned. More than two-thirds said bonus payments would be reduced.

General manager Peter Edwards told the Southland Times the job losses were the result of restructuring.

Staff could reapply for their positions, and the most suitable candidates would be selected, Mr Edwards said.

Mr Key said the Reserve Bank had said the economy shrunk by 1% in the first quarter, but he would be surprised if that was the case because he believed the economy had performed more strongly than some thought.

"The Prime Minister promised back in February that his Jobs Summit would save or create thousands of jobs, but the evidence is that he has not delivered.

"Over 1000 Kiwis a week are joining the dole queue. New Zealanders are crying out for more action from the Government to preserve jobs, but John Key isn't listening," Mr Goff said.

The Mercer survey showed companies were not yet confident of a recovery, with 85% of transtasman companies saying it was likely or somewhat likely they would experience reduced business and worse financial performance this year compared with last year.

Job security was at the top of the list of employees' concerns, with 84% of transtasman respondents saying their employees were concerned about job security, and 45.5% of those were significantly concerned.

"High levels of job insecurity are really not all that surprising in the current climate, but it can have some serious implications for a company's bottom line if not appropriately dealt with," Mr Promnitz said.

Job insecurity in the workforce could hurt productivity, and the survey results should be a timely reminder for employers that open communication and strong leadership were now potentially more important than ever, he said.