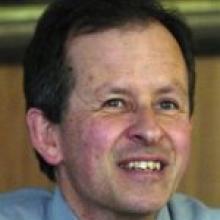 Geoff Plunket
Up to 12 jobs may be lost at Port Otago as the company looks to reduce its workforce to meet an expected drop in the container trade.

It is a proposal that has been "condemned" by the two main waterfront unions, which called for Port Otago to stop using workers as pawns in a situation where the workforce was productive and the company was performing well.

Port Otago chief executive Geoff Plunket said it was well documented that the port would lose 10% of its container trade in the coming export season.

"So we are having to look at rebalancing our workforce. It is regrettable."

Unfortunately, that meant reducing the port's workforce of 300 by 12 but it was expected those positions would be lost through voluntary severance if the proposal was accepted, he said.

"We do not expect any compulsory redundancies."

The unions had been advised of the proposal on Monday and a two-week consultation phase was under way in which the company would listen to and consider any suggestions from workers, Mr Plunket said.

That the company had delivered a record $12.5 million dividend to its owner, the Otago Regional Council, was "irrelevant".

"We need to make sure Port Otago continues to operate successfully."

"That a publicly-owned company can consider throwing people out of work in these circumstances is completely unacceptable. Those workers created the wealth that was paid out to the regional council as a dividend and that is the thanks they get."

Maritime Union of New Zealand general secretary Joe Fleetwood said the plan was flawed as trade was growing in some areas of the business.

The port company had to accept the peaks and troughs in shipping as part of the industry and stop using workers as pawns, he said.

The combined unions would do what they could to turn the proposal around and would be holding a joint meeting of their members next week to decide on how to do that."

Labour's Dunedin South MP Clare Curran said the cuts were another "body blow" to the region.

"Dunedin and Otago urgently need an economic strategy that the whole city can buy into and get behind."